Andreea Diaconu is a Romanian model who is best known for being one of the most popular models from Romania. She has done modeling work for numerous brands such as Bottega Veneta, Gianfranco Ferré, Gucci, Prada, Tommy Hilfiger, Dolce & Gabbana, Prabal Gurung, Céline, Michael Kors, Emporio Armani, Lanvin, Hugo Boss, Donna Karan, and many more. She has been featured in a variety of magazines such as Vogue.

She has studied archaeology (which she loved it) and micro-finance (which she hated it) via online courses. In September 2014, Andreea revealed that she was studying social psychology at Wesleyan University.

Diaconu is signed to these modeling agencies –

Andreea dated Gregory Neighbor, who is an ER doctor. 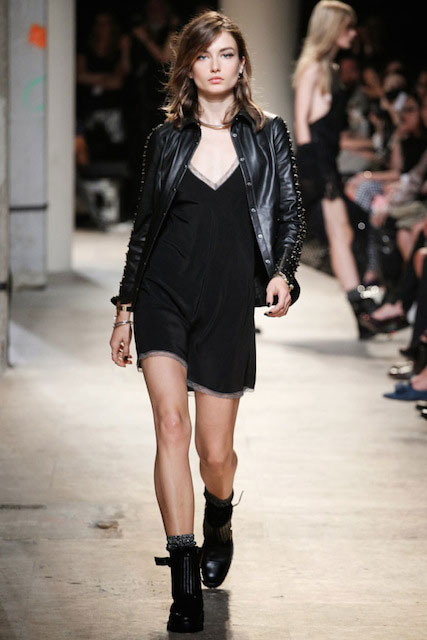 Modeling for famous fashion houses such as Gucci, YSL, Victoria’s Secret, Ralph Lauren, and many others.

Diaconu debuted with Ready to Wear – Spring / Summer 2006 fashion show in which she walked the ramp for D&G.

Andreea Diaconu stays in shape by running for three to six miles. She runs, whenever she finds time.

She also does regular training for an hour, apart from running workout.