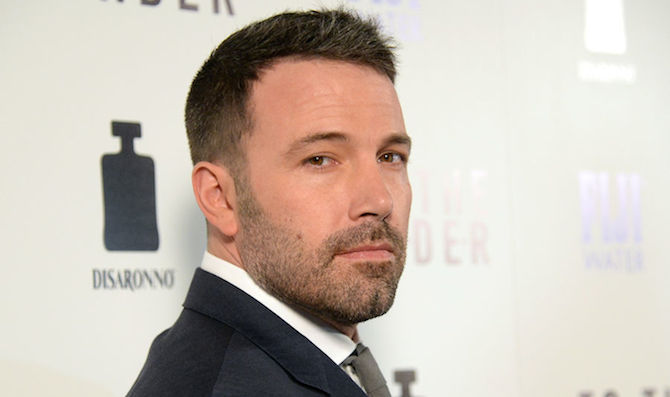 Handsome and killer looks, Ben Affleck is an American actor, producer, film director, and screenwriter. Best known for his roles in the movies, Good Will Hunting, State of Play, The Town, Ben has conquered numerous prestigious awards such as Golden Globe Award, BAFTA Academy Award etc. The dashing actor now is all set to prepare himself for his role in the sequel of Man of Steel released in 2013.

Playing the role of batman in the movie Batman vs. Superman, the actor is endowed with perfectly chiseled body and that inevitably is the reason Ben was chosen for the role. However, since playing the role of batman requires one to possess great speed, stamina, and agility, the heartthrob actor left no stone unturned in molding his body. His discipline and dedication to healthy lifestyle seems to have paid off the actor really well, for he apparently looks, prepared to slaughter all the girls out there watching him.

Workouts being the stepping stone to sculpted body are adequately utilized by the actor. Being one of the most arduous stars of Hollywood, Ben reckons in providing full justice to his roles by grooming his body several months in advance. Comprehending the requirements of one of the most audacious roles he had got, he practiced his workouts under the supervision of eminent celeb trainers, Gunnar Peterson and Walter Norton Jr. Without making any room for slothfulness, Ben religiously executed his workouts for ninety days.

He began with dedicating most of his time to workouts. Initially he performed workouts five to six days in a week while spending three to four hours in a day. Being focused on full body workout, his workouts consisted of strength training, cardio workouts, martial training, bench press, squats, deadlifts, bicep curls, resistance training etc. After the shooting for the movie began, due to time constraint, he pruned the exercise time to two hours and performed his workouts three to four days in a week. With intense workouts, he molded his body in such a way that he could perform all the audacious stunts in the movie all by himself. Apart from working on bigger muscle groups of his body, he didn’t overlook conditioning of smaller muscles as well. He also inculcated thirty minutes of jog in a day, which he practiced thrice in a week. His six-pack abs and astonishingly sculpted body are not a matter of some magic formula, they in fact testify the strenuous workouts practiced by the actor.

All the workouts practiced by you are vain if they are not accompanied with balanced diet. Ben’s diet regime being in perfect harmony with his vigorous workouts consisted of 5000 calories in a day. It’s not that his calorie consumption was too high. In fact as per his body stats i.e. 6 ft 2 in tall body which was doing dynamic and vigorous workouts, these many numbers of calories were vital for him to fuel his body. To build up and repair his muscles, he consumed minimum 250 grams of protein in a day. The most peculiar thing about his diet was, his personal trainer seldom had him succumb to supplements to amplify the number of lean muscles. He rather pointed up consumption of balanced and nutrient packed foods to meet the objective.

He consumed his meals five times in a day and comprised copious healthy foods such as egg whites, oatmeal with banana, protein smoothie, baked sweet potato, grilled chicken, almonds, walnuts, spinach, broccoli, green beans etc. in his diet. We might be having big appetite for foods, but the muscular actor has huge appetite to acquire ripped body, which actually propel him to go to any extent to have that.

Here comes one healthy recommendation for all the fans looking forward to have athletic body like Ben Affleck. Most of you might have embarked on exercise regime or diet plan to shed surplus pounds from your body sometime in your life, but you might have found yourself unable to go on with that. Well, should you develop the habit of acknowledging your sporadic binge eating; you can perpetually go ahead with weight loss programs and come out with flying colors.

All you have to do is stop being guilty of your indulgences. Mostly it’s not the lack of commitment but it is the feeling of being guilty, which hinder your weight loss process. Just know the fact that it’s all right to indulge yourself in occasional eating. When you abide by all the right things and sporadically relish your favorite foods, it doesn’t ruin your weight loss program. So, purge your mind from all the negative thoughts ruling over your mind. Uniformity and dedication being the key to lean and athletic body will not fail to have you get rewarding results.