Benji Madden is an American musician, singer, songwriter, and producer known for being the lead guitarist and backing vocalist for the band Good Charlotte as well as for the pop-rock collaboration called the Madden Brothers. Over the years, he has worked on numerous albums and tracks such as Good Charlotte, The Young and the Hopeless, The Chronicles of Life and Death, Good Morning Revival, Cardiology, Youth Authority, Generation Rx, Greetings from California, We Are Done, Let the World Be Still, Dear Jane, Lifestyles of the Rich and Famous, The Anthem, The Motivation Proclamation, Keep Your Hands off My Girl, Like It’s Her Birthday, Life Can’t Get Much Better, Dance Floor Anthem (I Don’t Want to Be in Love), I Just Wanna Live, and Last Night. Benji Madden has also served as a coach on The Voice Kids and The Voice Australia as well as has been a part of other shows and movies like Not Another Teen Movie, Punk’s Not Dead, Live Freaky Die Freaky, Material Girls, Australian Idol, The Electric Company, Fast Future Generation, I’ll Sleep When I’m Dead, 6 Beers of Separation, and Paris, Not France.

With his brother Joel, he went to La Plata High School in La Plata, Maryland.

Benji Madden, being a part of the duo Madden Brothers, has been signed to Creative Artists Agency (CAA) worldwide.

His net worth had been $40 Million according to CelebrityNetWorth.com.

He has English, Irish, Scottish, and German ancestry. 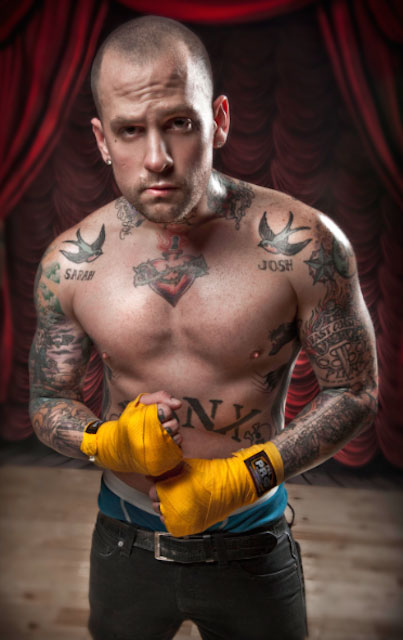 He has endorsed KFC and appeared in their television commercial in November 2012.

In January 2013, Benji appeared in a TV commercial for Vodafone Australia’s “The Madden’s Housewarming” party promotion.

Her collaboration with Joel in the band The Madden Brothers and serving as a guitarist and vocalist for the same.

He co-founded the band The Madden Brothers in 2011 with twin brother Joel.

The very first album of Benji Madden was titled Good Charlotte, which was the name of their band (at that time in 2000). The album was released on September 26, 2000, under the band “Good Charlotte” via Daylight / Epic Records. The punk rock album consisted of 14 tracks. It was certified as “Gold” in the U.S. with a ranking of 185 at Billboard 200.

It was ranked at #12 in New Zealand music charts and #194 in the UK album chart.

In 2001, Benji appeared in the film Not Another Teen Movie for his role as a prom band member.

In 2004, he appeared in just 1 episode of MTV’s hidden camera-practical joke reality television series Punk’d as himself.

Benji used to previously work out in the gym, but now it seems that he is not even eating a healthy diet. His late-night work in the recording studio and munching on various snacks late at night has made him chubby.

Cameron wants Benji to return back in shape and also get rid of a couple of tattoos.