Chriselle Lim is a Korean-American fashion stylist, lifestyle and beauty blogger, digital influencer, social media star, entrepreneur, and model. She has worked with various major fashion brands like Dior, Dolce & Gabbana, Miu Miu, Tiffany & Co., Coach, Victoria’s Secret, Banana Republic, Armani, and Chanel. Her blog, The Chriselle Factor, is also very popular where she talks about beauty, fashion, fitness, and lifestyle. She has a huge social media fan base with more than 1.5 million followers on Instagram, over a million subscribers on YouTube, over 900k followers on Facebook, and 70k plus followers on Twitter.

Chriselle Lim went to Monte Vista High School in Danville, California. Then, she attended the Fashion Institute of Design & Merchandising in Los Angeles from 2004 to 2008.

She made her first TV show appearance on the talk show, The Conversation, in 2016.

She is a major fitness freak and prefers to start her day with a good workout session. Lim tries to find out alternative workouts which can be done anywhere in order to utilize her time. She also stays fit by indulging in boxing and practicing Pilates. Even while she was pregnant, Lim worked out whenever possible.

As for her diet, she tries everything in moderation and especially loves eating eggs (without the yolk). She also has a sweet tooth and can eat sweet treats any time of the day. 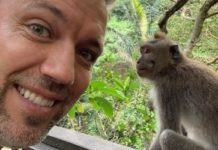 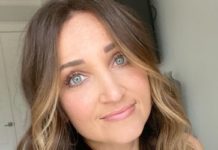 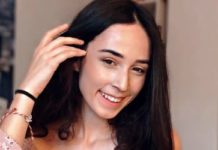