The First Lady of Crunk, The Princess, Princess of Crunk & B, Ci Ci

In 2003, she graduated from Riverdale High School in Riverdale, Georgia.

Her career is managed by Lisa Ellis.

She has African-American ancestry on both her parents’ side. But, on her mother’s side, she also has some Irish roots.

Her natural hair color is believed to be black.

But, she likes to dye them blonde.

Her debut album “Goodies”, which was a success. It was certified as 3x Platinum by RIAA (USA).

In 2006, she appeared in sports / drama film All You’ve Got for her role as Becca Watley. The film debuted on MTV.

In 2012, she appeared in reality singing show Idols South Africa as a guest judge in Season 8 Top 2 – Final. 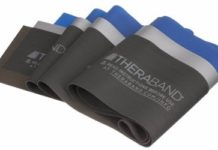