Claire Danes is an American actress, producer, theatre artist, and voice artist who has been cast in films like Romeo + Juliet, The Rainmaker, Les Misérables, Brokedown Palace, A Kid Like Jake, Stardust, Home for the Holidays, Temple Grandin, The Hours, Terminator 3: Rise of the Machines, Me and Orson Welles, Shopgirl, Little Women, To Gillian on Her 37th Birthday, and As Cool as I Am. Danes is also known for her roles in shows like Angela Chase in the ABC teen drama My So-Called Life and Carrie Mathison in the espionage thriller series Homeland. Over the years, she has won at least 3 Primetime Emmy Awards, 4 Golden Globe Awards, and 2 Screen Actors Guild Awards and was awarded a star on the Hollywood Walk of Fame in 2015. Also, Time named her one of the 100 most influential people in the world in 2012. 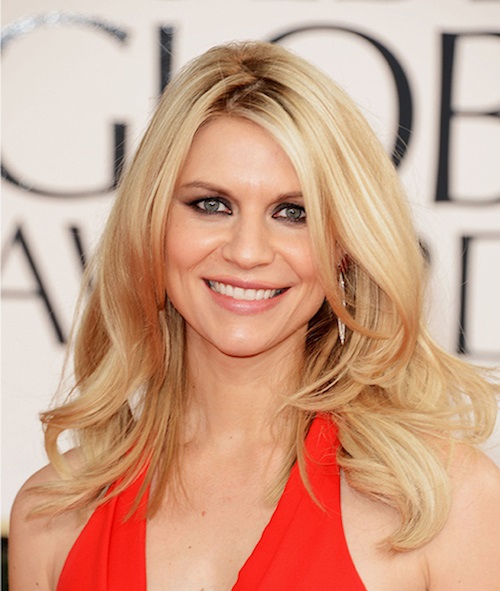 Subsequently, she also attended Professional Performing Arts School, and the Lycée Français de Los Angeles in Los Angeles, California. Starting from 1998, Danes also enrolled herself at Yale University to major in psychology. But, she dropped out after attending it for two years so as to focus primarily on her film career.

Claire’s mother Carla has been her manager.

She is dying her hair since the age of 13 and now, honestly does not know her natural hair color.

Playing Juliet Capulet in the 1996 romantic movie Romeo + Juliet, Cosette in the 1998 movie Les Misérables, as Yvaine in the 2007 movie Stardust.

She debuted with the 1994 American drama film Little Women for her role as Beth March.

In 1992, Claire made a guest appearance in the police procedural drama series Law & Order for her role as Tracy Brandt in an episode titled “Skin Deep”.

Joe Dowdell is her longtime personal trainer. Joe has never suggested she overdo any exercise. With Claire, he only does cardio and that for three days a week. That is sufficient for her as she also eats a clean diet – with all the real food.

A sound sleep, good exercise, and a proper diet routine are her key to a healthy body.