Erin Andrews is an American sportscaster, television personality, and actress who first gained prominence due to her work as a correspondent on the sports channel ESPN. She later joined Fox Sports in 2012 and became the lead sideline reporter for the network’s NFL broadcasting team. She has served as the reporter for major events such as Fox College Football, ESPN College Gameday, Little League World Series, and many more. In 2010, she participated in the 10th season of the dance competition show, Dancing with the Stars and was placed on the 3rd spot. From 2014 to 2019, she also co-hosted the show alongside Tom Bergeron. 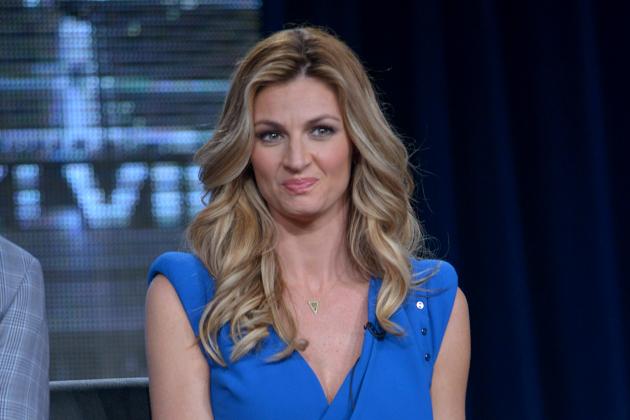 Erin studied from Bloomingdale High School in Valrico, Florida. She graduated from high school in 1996. Subsequently, Andrews attended the University of Florida to complete the Bachelor of Arts in Telecommunications in 2000.

Hosting the FOX College Football for Fox Sports and ABC’s Dancing with the Stars in 2014.

Andrews appeared in a minor role in the 2012 film That’s My Boy for her role as Randall Morgan’s receptionist.

Jonathan Knight (from the boy band New Kids on the Block)

Erin visits Los Angeles barre studio Physique 57 to get a sexier body. She works out with dance like movements, there. 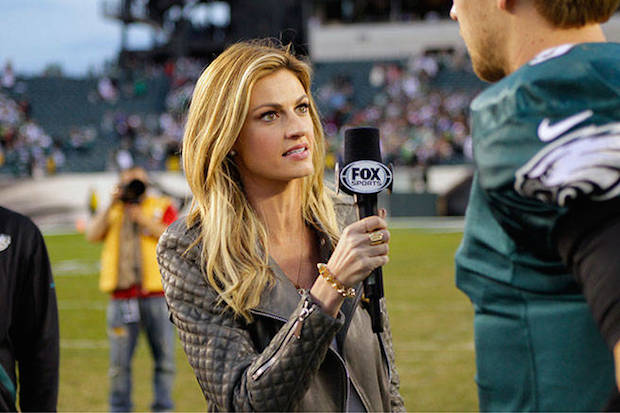