Evan Rachel Wood is an American actress and activist who is best known for portraying roles such as Tracy Freeland in Thirteen, Kimberly Joyce in Pretty Persuasion, Natalie Finch in Running with Scissors, Dolores Abernathy / Christina in Westworld, and Jessie Sammler in Once and Again. She has also appeared in a variety of other TV shows and films such as The Missing, The Upside of Anger, The Life Before Her Eyes, Charlie Countryman, Into the Forest, Viena and the Fantomes, The Ides of March, The Wrestler, American Gothic, Touched by an Angel, CSI: Crime Scene Investigation, The West Wing, Robot Chicken, What We Do in the Shadows, Drunk History, and many more. She has been featured in the music videos of songs like Green Day’s Wake Me Up When September Ends, Marilyn Manson’s Heart-Shaped Glasses (When the Heart Guides the Hand), and Brandon Flowers‘s Can’t Deny My Love. 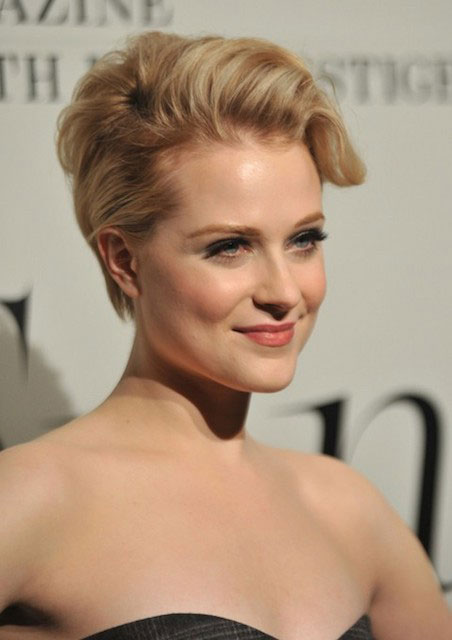 She was homeschooled for the most part but has attended Cary Elementary in Cary, North Carolina. At the age of 15, she earned her high school diploma via homeschooling.

As a model, she was signed to these talent agencies –

She was chosen as the face of Gucci Guilty fragrance in 2010 alongside Chris Evans.

Her mom converted to Judaism while her dad is a Christian.

In 2012, Evan revealed that she believes in God, but is not very religious; rather she is spiritual.

In 1994, she appeared in the TV film titled In the Best of Families: Marriage, Pride & Madness for her role as Little Susie. The film is based on Jerry Bledsoe’s novel Bitter Blood.

From 1995 to 1996, Evan Rachel played the role as Rose Russell in CBS’s horror series American Gothic. She appeared in three episodes.

She does meditation and dances a lot. She started meditating at the age of 12 and it really helps her to keep her mind sharp. Dancing, on the other hand, helps Wood to stay physically fit and active. 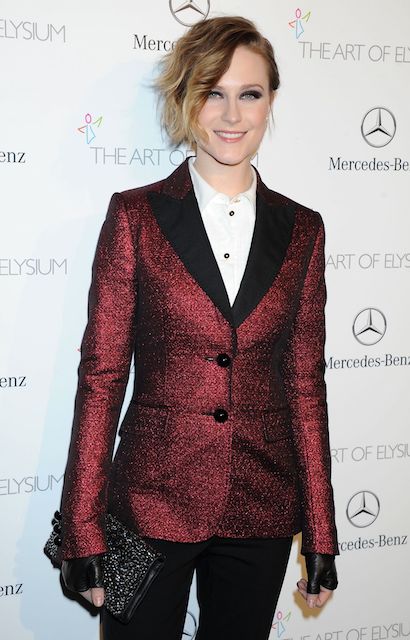 She also mentioned about one of her favorite things on Twitter (pictured below).

One of my favorite things to do is text message @EllenPage random pictures of baby animals.