Ginnifer Goodwin is an American actress who is best known for portraying roles such as Snow White / Mary Margaret Blanchard in Once Upon a Time, Margene Heffman in Big Love, and Gigi Phillips in He’s Just Not That Into You. She has also appeared in a variety of other TV shows and films such as Mona Lisa Smile, Win a Date with Tad Hamilton!, Birds of America, Love Comes to the Executioner, Walk the Line, Tinker Bell and the Legend of the NeverBeast, Take Me Home Tonight, Law & Order, Ed, Robot Chicken, Why Women Kill, I Am Somebody’s Child: The Regina Louise Story, The Twilight Zone, Sofia the First, Earth to Ned, and many more. Her theatre credits include plays like Constellations. For her acting skills, Ginnifer has been nominated for several awards such as the People’s Choice Award, Teen Choice Award, and Kids’ Choice Award. 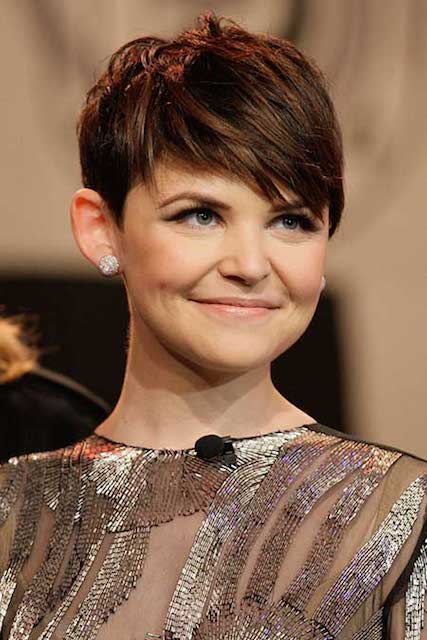 For a year, she enrolled herself into Hanover College in Hanover, Indiana to major in Theater. Finally, Goodwin earned her Bachelor of Fine Arts degree from Boston University in Boston, Massachusetts.

In regards to her theater work, she has worked at Stratford Upon-Avon’s Shakespeare Institute in England. Years later, she received Acting Shakespeare Certificate” from the Royal Academy of Dramatic Art in London.

She is signed to William Morris Endeavor Entertainment.

She has English and Welsh ancestry on her dad’s side, while she is of Ashkenazi Jewish descent on her mom’s side.

In 2010, she appeared in Noxzema’s “Come Clean’ campaign.

She debuted with the 2000 short film Zelda: An Extrospective Journey for her title role as Zelda.

In 2001, Goodwin played the role as Erica in NBC’s police procedural and legal drama TV series Law & Order in an episode titled “Myth of Fingerprints”.

She was previously a vegan, but after having some health issues, she included some dairy products into her life.

Ginnifer uses Weight Watchers to keep her weight in check.

For her, health is not just weight loss, it is a healthy mind, less stress, and a better lifestyle.

She also indulges in her favorite snacks or if she craves pasta dinner, she’ll have it.