Helen Flanagan is an English actress who is best known for portraying the role of Rosie Webster in the ITV soap opera, Coronation Street. She has also appeared in a variety of other TV shows such as Children in Need, Holly & Stephen’s Saturday Showdown, Ant & Dec’s Saturday Night Takeaway, All Star Family Fortunes, Hell’s Kitchen, I’m a Celebrity…Get Me Out of Here!, Big Brother’s Bit on the Side, Celebrity Juice, Fake Reaction, Celebrity Wedding Planner, Virtually Famous, Keep it in the Family, Holby City, Celebrity Antiques Road Trip, and many more. 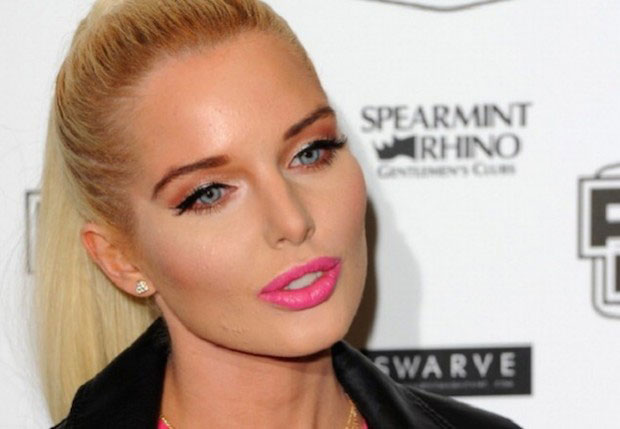 She is signed to Vivien Wilde Artist Management.

She naturally has “Light Brown” hair.

But, dyes them differently depending upon the need of the role such as dark brown or blonde.

Playing Rosie Webster in the ITV soap opera Coronation Street for 12 years from 2000 to 2012.

In 2014, Flanagan played the role as Rachel Roberts in the comedy film Fizzy Days.

From 2000 to 2012, she appeared in the British TV soap opera Coronation Street for her role as Rosie Webster. She appeared in more than 900 episodes.

She does exercises, taking the help of a personal trainer. She knows how to shed off excess weight from the right areas. She does the workout five days a week and one hour daily. Read her complete workout routine and diet plan.