Holly Madison is an American model, television personality, actress, model, dancer, and voice artist who has been cast in a number of shows and movies which include the likes of Holly’s World, The Girls Next Door, Doggy Fizzle Televizzle, The Big Idea with Donny Deutsch, The Sharon Osbourne Show, Keeping Up with the Kardashians, The House Bunny, The Late Late Show with Craig Ferguson, CSI: Crime Scene Investigation, Kendra, When I Was 17, Living Lohan, Scary Movie 4, Celebrity Family Feud, Phenomenon, Sharknado 3: Oh Hell No!, Dancing with the Stars, Robot Chicken, Curb Your Enthusiasm, Viva La Bam, and The Telling. 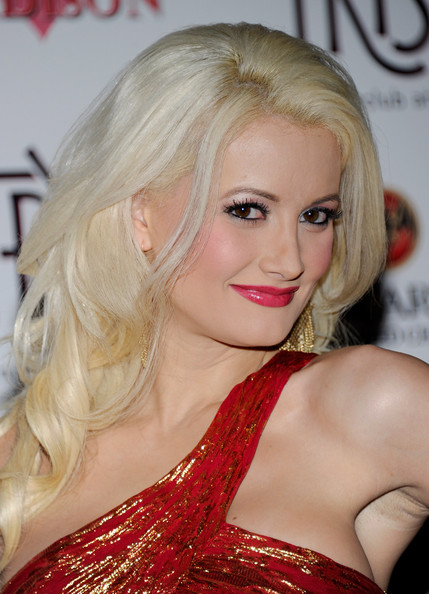 Madison studied theatre and psychology at Portland State University for 2 years. In 1999, she enrolled herself at Loyola Marymount University in Los Angeles.

According to CelebrityNetWorth.com, her net worth was $16 Million in 2020.

After that, she was annoyed by dating others. So, in an interview with People magazine on 4 March 2009, she stated that –

“I’m never dating anybody again. I don’t need a man. I’m really happy with myself and being with my friends… I’m focused on forwarding my career. I’m working on producing my own shows. Girls Next Door was a great place to start but it was somebody else’s show. I’m just ready to move on.”

32D (After the breast augmentation, her bust measurement climbed from A cup size to a huge D cup size)

She had been endorsed by Movietickets.com, AMI Clubwear, As Seen on TV, NV supplements in the past. Now, she has signed a deal with “VIP Fan Connect” for all the branding and endorsements. Joseph Rocco from VIP Fan Connect said –

“Holly Madison obviously already has a terrific personal brand from her days on ‘The Girls Next Door’.”

“I wasn’t raised religious. My dad would take us to different churches, but we were raised in Alaska and it was really rural. There wasn’t really one church we connected with up there.”

But, most of her fans consider her to be Roman Catholic. 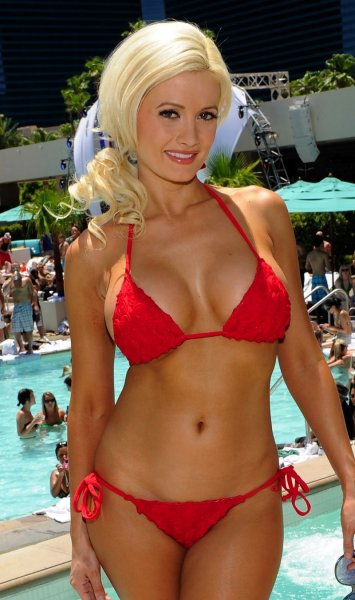 Being one of Hugh Hefner’s (Playboy magazine co-founder) girlfriends on the reality television series The Girls Next Door and for her own reality series, Holly’s World

She appeared in 2002 in a reality television show, MTV Cribs for just a single episode as herself.

Holly after the pregnancy lost 19 pounds of weight. So, she turned herself to a weight loss supplement, called NV. She was able to shed off 1 jeans size in two weeks with this. Not only this, but she also took a low carbohydrate diet and eat protein bars and fruit, avocado, grilled chicken.

She also had done some workouts in the form of yoga and Pilates. This was all-sufficient for her to get her the desired toned body by shedding off 19 pounds (8.6 kg).