Indiana Evans is an Australian actor, singer, and songwriter who is known for playing Matilda Hunter in the soap opera Home and Away, Bella in the fantasy teen drama series H2O: Just Add Water, Tatum Novak in the drama series Crownies, Natalie Crawford in the mystery anthology series Secrets and Lies, Abby Oakley in the children’s television series Snobs, Melissa in the comedy horror show Ash vs Evil Dead, and Tash in the comedy-drama series House Husbands. In addition to that, she has also been cast in movies like A Model Daughter: The Killing of Caroline Byrne, At the Tattooist, Smith, Arctic Blast, Gingers, Blue Lagoon: The Awakening, and Burden. 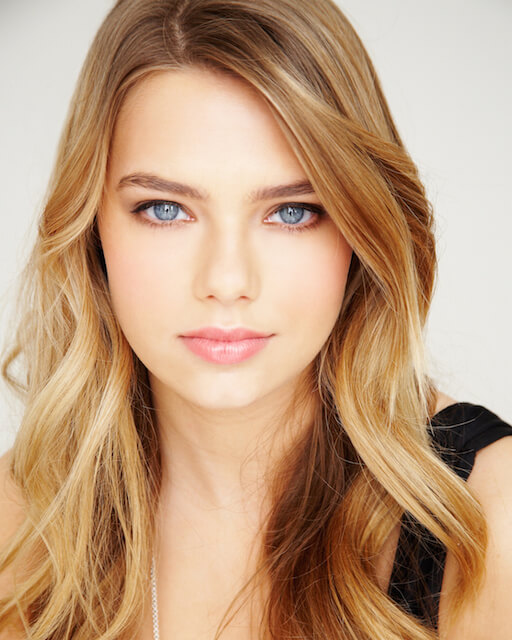 Indiana started her education at Newtown High School of the Performing Arts but she quit briefly after, so she can focus on her music career.

Evans was also a part of a correspondence course until the age of 15.

Indiana Evans is of Welsh and English descent.

Indiana became a household name when she appeared in the TV series Home and Away (2004-2008) as Matilda Hunter. Her popularity grew even more when she became a part of the acting crew in the TV series H2O: Just Add Water (2009-2010) and the TV film Blue Lagoon: The Awakening (2012).

Indiana had her first acting performance in 2008 when she appeared as Lara-Boyd-Cutler in the short drama movie Burden.

However, Indiana got the opportunity to play her first featured role in the disaster movie Arctic Blast (2010), where she played Naomi Tate.

Evans had her television debut in 2003 with the TV series All Saints. She played the character of Milly Roberts in the episode “Destiny’s Child.”

Indiana has a beautiful and well-sculpted body with attractive curves, every woman dreams about.

It’s no wonder how she got her body if we know the fact that Evans is spending a good amount of time in the gym and is a huge fan of exercising.

She is working out 4 to 5 days a week and is highly dedicated to her healthy diet.

Indiana avoids processed and fast food and eats a lot of vegetables and fruits. She isn’t a fan of food supplements, so she doesn’t consume any.

Below we present you, both a workout and a diet sample which are very similar to those, Indiana may have used for her body transformation. Note that, these are NOT official program samples.

On Monday, Evans has 2 workout sessions, one in the morning and another in the afternoon.

In the morning, she does Yoga for 45 minutes and then jogs for 20 minutes in her neighborhood.

**All exercises are to be done for 3 sets of 12 repetitions with a rest period of minute to minute and a half between each set.

On Tuesday, Indiana has only one training in the afternoon when she visits the gym and works the muscles of the lower body.

Wednesday is an Active Rest Day (ARD) for Indiana. On this day, Evans usually goes climbing with her friends or does tempo running with 20% of her capabilities.

On Thursday, Indiana goes through some circuit training targeting the whole body in one Barbell sequence.

She selects 4 exercises including Squats, Deadlifts, Bench, and Shoulder Press as well as does repetitions for 20 minutes.

*The sequence is to be done for 20 minutes with limited rest of 15 to 30 seconds in-between exercises and 1 minute between rounds.

The goal of this workout is to constantly challenge yourself and try to get more and more rounds each time, you repeat the workout.

On Saturday, Evans does the same training from Tuesday, working out the lower body. See the Tuesday workout above to check those 6 exercises.

In the afternoon, Indiana does cardio by running on a treadmill for 20 minutes.

Snack of choice – no more than 200 calories. 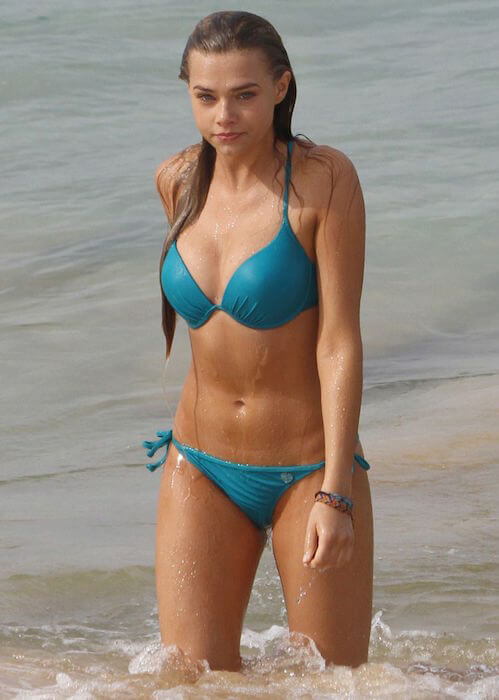