Jane Seymour is a British-American actress, entrepreneur, and author who is best known for portraying roles such as Solitaire in Live and Let Die, Emma Callon in The Onedin Line, Addison Walker in The Guardians of Justice, Marjorie Chisholm Armagh in Captains and the Kings, and Cathy/Kate Ames in East of Eden. She has also appeared in a variety of other TV shows and films such as Young Winston, Battlestar Galactica, La Révolution française, Wedding Crashers, Blind Dating, The Family Tree, Fifty Shades of Black, Better Start Running, Seventh Avenue, The Phantom of the Opera, Dharma & Greg, How I Met Your Mother, Law & Order: Special Victims Unit, Jane the Virgin, Men at Work, and many more. For her acting skills, Jane has been honored with numerous awards such as the Saturn Award, Golden Globe Award, and Emmy Award. 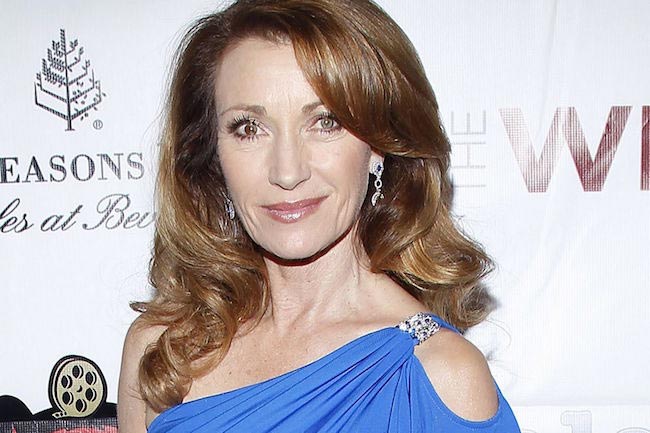 She is managed by Guttman Associates.

Her print ads include –

She is the celebrity ambassador for Childhelp, an NGO helping abused and neglected children.

She is UNICEF’s official celebrity spokesperson.

She also became well-known for playing the character of Marie Antoinette in the political thriller La Révolution française (1989) and Wedding Crashers (2005). She is also famous for her American television series Dr. Quinn, Medicine Woman (1993–1998).

Seymour’s first film was Richard Attenborough’s Oh! What a Lovely War (1969) for her role as Chorus Girl. It was uncredited.

She debuted on television in 1970 with show Here Come the Double Deckers. She played the role as Alice in the “Scooper Strikes Out” episode.

Her first book Guide to Romantic Living was published in 1986.

Jane Seymour does not have a fitness trainer. She believes in healthy living and stays fit with a control over her diet and some exercise.

She works out three days a week and does Pilates, Gyrotonics, and lightweights. She also practices fast walk. Jane uses the reclining bicycle and the elliptical machine.

I tend to have the same weight and have never gone on a weight-loss diet.

She normally eats only organic food that is grown in her garden. She eats blueberries, blackberries and drinks kale, ginger, apples, and carrot juices in the morning. Jane eats chicken or fish and salad with a homemade vinaigrette made from balsamic vinegar. Jane normally has two cups of coffee and a lot of water. When she wants a carbonated drink, she adds Pellegrino and lime to her juice.

She also prefers a glass of wine at times but completely refrains from drinking liquor and smoking.