Jennifer Love Hewitt is an American actress, singer, and producer who is best known for portraying roles such as Sarah Reeves in Party of Five, Julie James in I Know What You Did Last Summer, and Amanda Beckett in Can’t Hardly Wait. She has also appeared in a variety of other films and TV shows such as Trojan War, House Arrest, The Suburbans, The Hunchback of Notre Dame II, Garfield: The Movie, Garfield: A Tail of Two Kitties, Jewtopia, Shortcut to Happiness, Boy Meets World, The Weekenders, Family Guy, American Dreams, Confessions of a Sociopathic Social Climber, The Lost Valentine, Law & Order: Special Victims Unit, and Criminal Minds. She has won several awards such as the Young Artist Awards, Teen Choice Awards, Blockbuster Entertainment Awards, and People’s Choice Awards. As a singer, she has released studio albums like Love Songs, Jennifer Love Hewitt, and Let’s Go Bang.

She was seen in print ads for –

Jennifer debuted as a film actress with 1992 comedy film Munchie for her role as Andrea Kurtz. She was credited as Love Hewitt at that time.

American children’s television program, which was largely targeted to youth and with musical performances as an integral part of each and every storyline, Kids Incorporated (or Kids Inc.). She portrayed the role of Robin from 1989 to 1991 in seasons 6 to 7. She was again credited as Love Hewitt.

Jennifer worked out hard to get fit for Lifetime’s popular TV series The Client List especially the second season as she went nude in that one. Her complete workout routine and diet plan are available here. 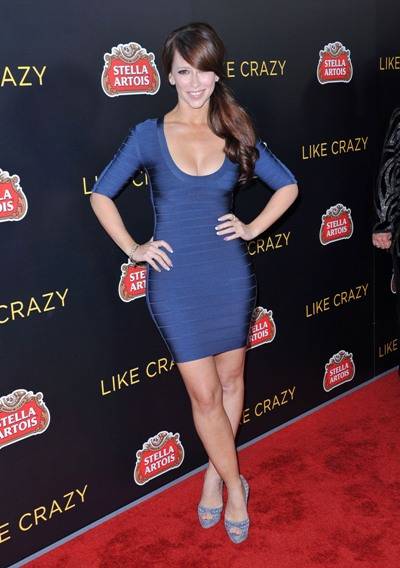