Katherine Heigl is an American actress, former fashion model, producer, and voice artist who made her theatrical film debut as Kathryn in the coming-of-age romantic drama film, That Night (originally titled One Hot Summer), in 1992. Since then, she has been cast in a variety of films including My Father the Hero, Descendant, Knocked Up, 27 Dresses, One for the Money, Bride of Chucky, 100 Girls, Jenny’s Wedding, Home Sweet Home, The Nut Job, The Nut Job 2: Nutty by Nature, Fear of Rain, New Year’s Eve, King of the Hill, Under Siege 2: Dark Territory, and Jackie & Ryan. In addition to that, the actress is also known for her television roles like Tully Hart in the Netflix drama series Firefly Lane, Isabel Evans in The WB science fiction series Roswell, Dr. Izzie Stevens in the ABC medical drama series Grey’s Anatomy, Sadie Ellis in the CBS drama series Doubt, Officer Charleston “Charlie” Whitney Tucker in the NBC espionage thriller series State of Affairs, and Samantha Wheeler in the USA Network legal drama series Suits. 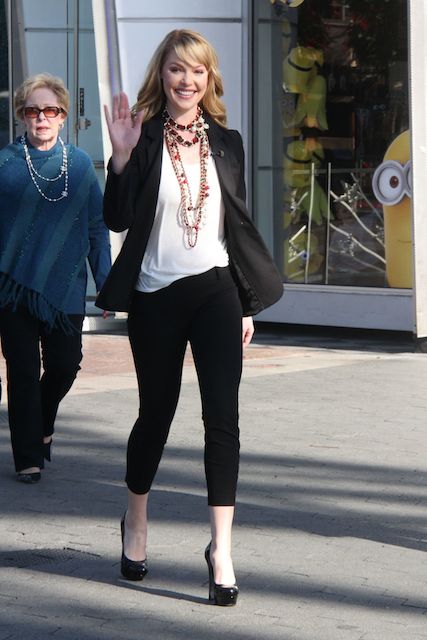 Katherine attended New Canaan High School in Connecticut but dropped out after her sophomore year so as to better focus on her acting and modeling work. In 1997, she graduated from high school.

As a child model, she was signed to Wilhelmina Models.

She was also signed to United Talent Agency and Elite Modeling Agency.

In the later 1990s, her mom became her manager.

She is of Swiss-German and Irish descent on her father’s side and has German ancestry on her mother’s side.

She dyed her hair ‘Brown’ for her Netflix show, Firefly Lane, in 2021. 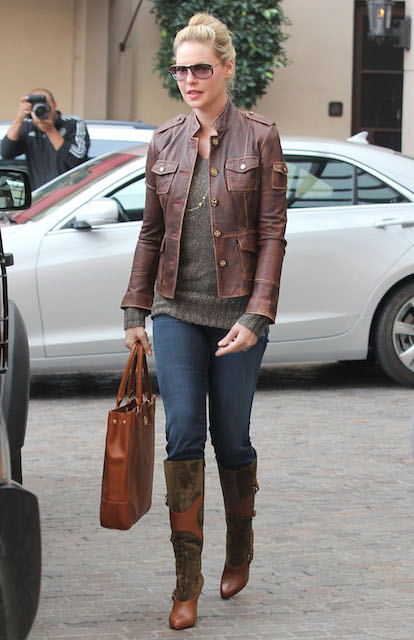 She has appeared in a Zzzquil commercial.

As a child, she had been featured in a Cheerios cereal commercial. Also, at a younger age, she posed for “Sears” and “Lord & Taylor” for their catalogs.

Heigl appeared in the 1992 romantic drama film That Night for her role as Kathryn.

In 1999, Katherine appeared in The WB and UPN’s science fiction television series Roswell for her role as Isabel Evans. She appeared in a total of 61 episodes.

She is a foodie and does not have the patience to work out 2 hours a day like Jennifer Aniston. She also cannot eat packaged meals as other celebs do. She considers herself lazy to work out that much.

Heigl has also worked with celebrity trainer, Harley Pasternak in the past.