Krysten Ritter is an American actor, voice actor, musician, producer, director, writer, and model who is known for playing Gia Goodman in the teen noir mystery drama series Veronica Mars, Jane Margolis in the crime drama series Breaking Bad, Chloe in the ABC sitcom Don’t Trust the B—- in Apartment 23, Lily Champagne in the comedy-drama series Gravity, Lucy in the comedy-drama series Gilmore Girls, Allison Stark in the Fox sitcom ‘Til Death, and Jessica Jones in the television series Jessica Jones as well as in the miniseries The Defenders. Krysten Ritter’s film credits include Confessions of a Shopaholic, The Last International Playboy, 27 Dresses, What Happens in Vegas, She’s Out of My League, How to Make Love to a Woman, Killing Bono, Life Happens, Listen Up Philip, El Camino: A Breaking Bad Movie, Search Party, The Hero, Big Eyes, and Nightbooks.

As a model, she was signed with –

Her net worth has been $8 Million according to CelebrityNetWorth.com.

Krysten Ritter is of German, English, and Scottish descent.

She has appeared in commercials (or advertising campaigns) for Proactiv+, Dr. Pepper, Banana Republic, and many others in the past.

Krysten is associated with the band, Ex Vivian. She sings and plays guitar for this band.

She appeared in the 2001 romantic comedy film Someone Like You in her role as a model. But, her role is uncredited in the film.

In 2004, she guest appeared in the short-lived situation comedy television show Whoopi for her role as Bryn in an episode titled “The Squatters”.

On being asked by Celebuzz about the workout tips from Krysten, she told that she is not the right person to talk to as she doesn’t work out. 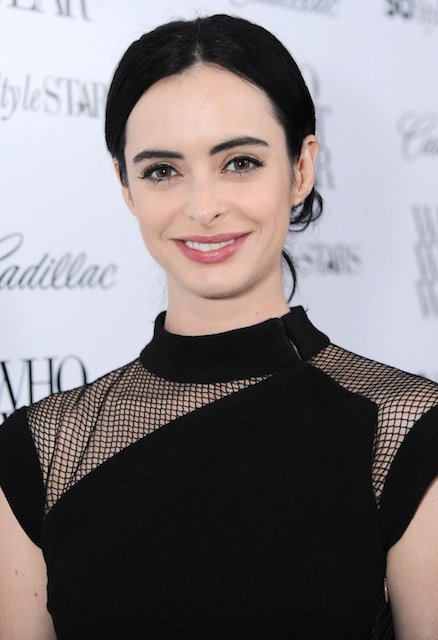