Nadine Coyle is an Irish singer, songwriter, actor, model, writer, producer, and entrepreneur who initially gained popularity as a member of the English-Irish pop girl group named Girls Aloud, created through the ITV talent show Popstars: The Rivals in 2002. Her fellow Girls Aloud members included Cheryl, Sarah Harding, Nicola Roberts, and Kimberley Walsh and the group achieved a string of 20 consecutive top 10 singles in the United Kingdom, including 4 number ones. With Girls Aloud, she worked on albums like Sound of the Underground, Tangled Up, What Will the Neighbours Say?, Out of Control, and Chemistry. Nadine has also branched out as a solo artist and has released albums, extended plays, and tracks such as Sweetest High, Fool for Love, Nadine, Insatiable, and Go to Work. Through the years, she has been a part of various projects including Girls Aloud: Off the Record, Soft Border Patrol, Saturday Kitchen, Girls Aloud: Ten Years at the Top, America’s Next Top Model, The Horne Section, I’m a Celebrity…Get Me Out of Here!, and The Great Celebrity Bake Off For Stand Up to Cancer.

Her net worth had been $13 Million according to CelebrityNetWorth.com.

Nadine Coyle is of Irish and Northern Irish descent. 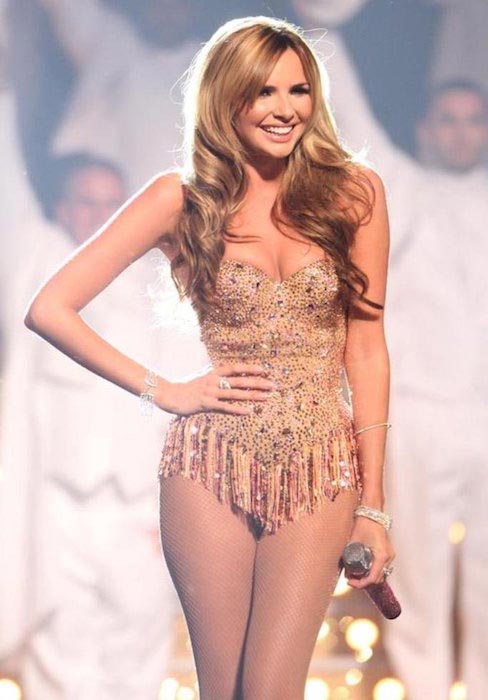 Being a member of the pop girl group Girls Aloud. The group got dissolved in 2013. The other 4 members of the band were Cheryl Fernandez-Versini, Sarah Harding, Nicola Roberts, and Kimberley Walsh.

Girls Aloud first released their album Sound of the Underground on May 26, 2003, via Polydor Records. It was certified as Platinum and recorded sales of 368,000 in the UK.

It also peaked at #2 in the country.

On November 8, 2010, Nadine released her debut album Insatiable via Black Pen Records. It reached #20 and #47 on Ireland and UK music charts.

In 1999, Nadine had a supporting role as a young girl in a 10-minute short comedy film Surfing with William.

In 2001, Nadine was a contestant on the reality TV series Irish Popstars. But, she left the show as she was underage.

Next, Nadine competed in ITV’s singing reality series Popstars: The Rivals in 2002 and finished as a winner.

Nadine chooses her food wisely. She feels better if she eats healthy food.

She eats 3 simple meals a day. Because one has a complete day to burn off the food eaten during breakfast, she does not think unnecessarily and eats whatever she feels like.

In 2010, she was criticized for looking rail-thin in the pictures, especially her legs.