Be it for the red carpet or The Vampire Diaries, Nina Dobrev doesn’t miss a single chance to flaunt her stunning hot curvy figure. Beauty without poise doesn’t look sexy, isn’t it!!!! Well, Nina comprehends the truth. Instead of being worried about counting the number of calories and all the other crap, she opts to be happy, confident, charming and vivacious which indeed makes her look more enthralling and phenomenal. You all must be keen to know what the gorgeous star feeds to her body or does in routine which upholds her in such an incredible shape. Well, your wait is over as Nina spills out some of her exercise and diet secrets which are accountable for her sculpted figure, let’s have a look. 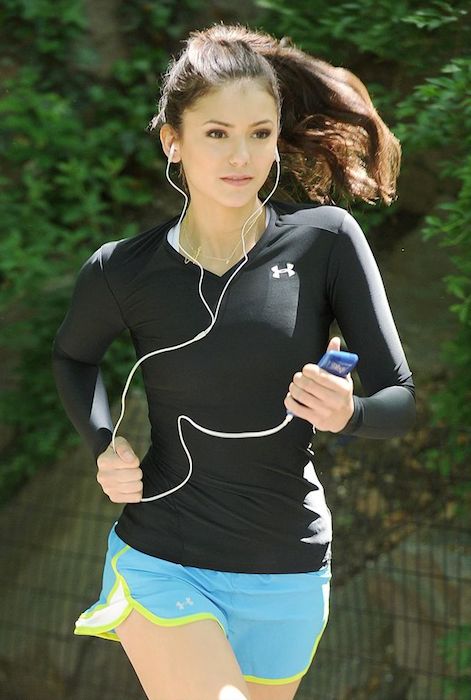 Nina being very agile and enthusiastic towards fitness since childhood performs a variety of workouts in her daily routine. She shares that she began workouts right from the age of nine. With her involvement in sports, she actually has got injured and bruised many times. Besides being athletic, Nina’s inclination towards ballet dancing made her become an avid dancer. She learned myriad valuable lessons from both gymnastics and dance which actually are paying her off really well. In cardio workouts, she executes spinning, surfing, stretching, hiking, running etc. which perk up both her speed and endurance. These fun activities keep her full of beans and make her look awesome.

Her sylphlike figure can aptly be attributed to hot yoga. She is simply in love with sweaty yoga and performs it three to four times in a week. Bikram yoga is her most beloved hot yoga because it imparts her body the benefits of both cardio workouts and stretching. Apart from that, she relies on hot yoga to de-stress her body and mind. The star even renders some precious yoga suggestions to her followers. For example, if you are being anxious or feeling restless, you can pose in downward dog position (also called Adho mukha śvānāsana). She herself practices this posture prior to going to sleep. The stretching posture works on your breathing system and boost blood circulation. As a result, without much delay; it puts you to sleep with a calm mind. Nina has been practicing yoga from quite a long time now. She refers to yoga as a deep state of meditation which helps you connect with real you and hence render you divine peace. She is so much flattered with its benefits that sometimes, she even thinks to start delivering yoga classes, which so far seems to be just a wishful thinking.

Instead of being just a means to grow rail thin, workouts to Nina are actually instrumental in elevating her speed, balance, coordination, endurance etc. Skinny body seems like standing nowhere in the wishlist of Nina as she reveres health over being shrunken. In the supervision of her personal trainer, the brunette performs workouts for about one hour. Her workouts are also inclined to build up her core, which is the most vulnerable area, mostly left ignored by women. In addition to that, rather than focusing on toning of particular body parts, her exercises are targeted to provide full body workouts. 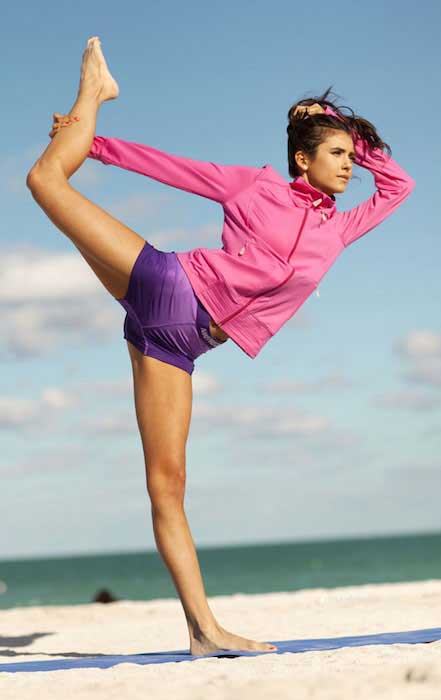 Apart from being guided by her fitness expert, she doesn’t stop being creative from her end and keeps introducing new ways to exercise in her workouts. She also lifts weights but the primary purpose of her is not to strip off calories, it rather is to elevate the number of lean muscles and render them well-defined shape. 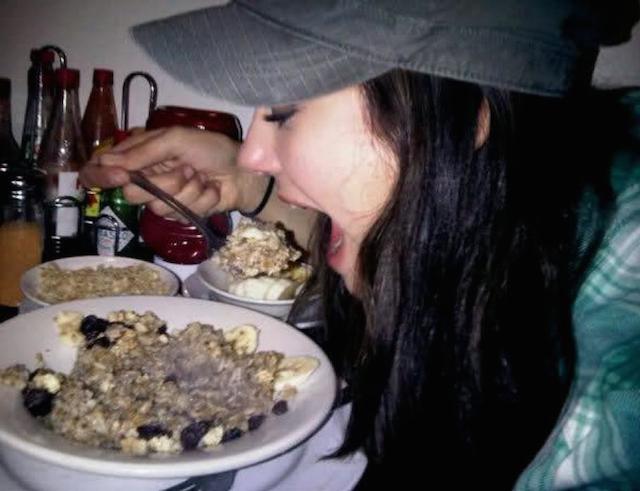 Nina eats low carb foods to be in shape. That said, she doesn’t favor no carb or extremely low-calorie foods for they make your body deprived of vital nutrients. Her diet being balanced consists of green veggies, lean protein, whole grains, healthy fats etc. She stays cautious about the consumption of processed foods as they pack up unsolicited calories in your body.

Nina states that like most of the celebs, she too tried a vegan diet once in her life. Having removed all the animal foods from her diet for four months, she completely relied on vegan foods. With low protein and low-calorie diet, she grew so lean that she began getting negative comments from people. She states, vegan diet probably didn’t suit her, so before late, she switched back to her normal eating habits. Aside from being unimpressed with a vegan diet plan, Nina also seems unflattered with fad diet plans. She reckons, fad diet plans not only make your body deficient in nutrients, they also affect your temper adversely. 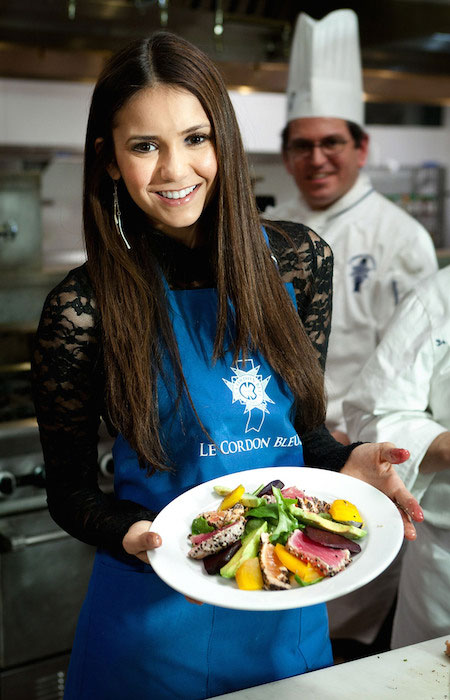 Nina relies on five to six small meals in a day to nourish her worked out body. She inculcates rich sources of protein such as meat, almonds etc. in her diet. Since she is supposed to be out for traveling most of the time, she keeps clean and wholesome snacks such as apples, nuts etc. handy in her bag.