Presley Walker Gerber is an American model known for his successful modeling career. He has graced the cover of popular magazines and has done endorsement work for numerous brands like Moschino, Dolce & Gabbana, and Omega Watches. Presley has a huge social media fan base with more than 700k followers on Instagram and more than 20k followers on Twitter.

Presley Walker Gerber went to the Malibu High School and graduated in June 2017.

Presley Walker Gerber is represented by –

In February 2018, Presley Walker Gerber appeared in a TV commercial for Pepsi alongside his mother, Cindy Crawford.

He has also done endorsement work for the following brands – 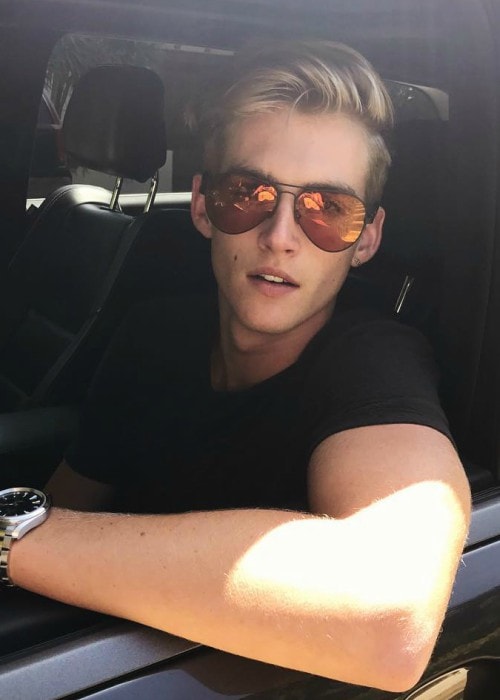 In June 2016, Presley Walker Gerber made his first TV show appearance on Extra.