Salma Hayek is a Mexican actor, producer, director, voiceover artist, and model whose breakthrough role was in the 2002 film Frida, playing Mexican painter Frida Kahlo, for which she was nominated for Best Actress for the Academy Awards, the BAFTA Film Awards, the Golden Globe Awards, and the Screen Actors Guild Awards. She is also known for having been cast as Rita Escobar in the Western action comedy film Wild Wild West, Isabel Fuentes in the romantic comedy film Fools Rush In, Minerva Mirabal in the feature film In the Time of the Butterflies, Esmeralda in the romantic drama film The Hunchback, Sofia Reyes in the comedy-drama series Ugly Betty, and Kitty Softpaws (voice) in the computer-animated adventure film Puss in Boots. Over the years, she has received many accolades including the Blockbuster Entertainment Award for “Favorite Supporting Actress – Action” for Wild Wild West, Daytime Emmy Award for “Outstanding Directing in a Children/Youth/Family Special” for The Maldonado Miracle, and ALMA Award for “Outstanding Actor/Actress in a Made for Television Movie or Miniseries” for In the Time of the Butterflies. 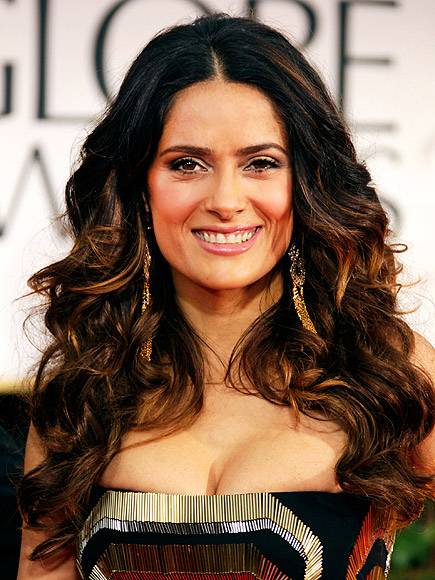 Salma Hayek attended the Academy of the Sacred Heart in Grand Coteau, Louisiana, at the age of twelve. While there, she was diagnosed with dyslexia. She also went to Ramtha’s School of Enlightenment.

She attended University in Mexico City, where she studied International Relations at the Universidad Iberoamericana (In English – Ibero-American University).

In 2020, her net worth was $200 Million according to CelebrityNetWorth.com.

Her father is of Lebanese descent while her mother is of Spanish descent. 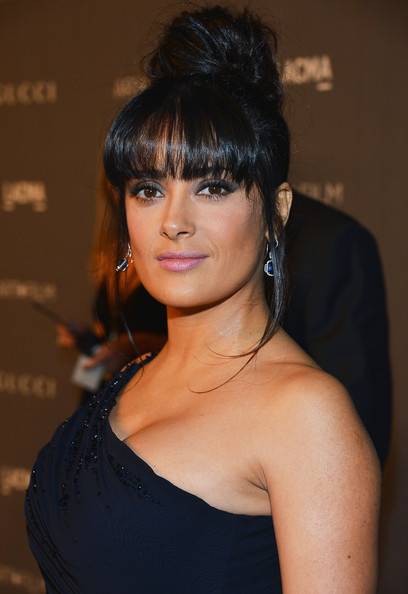 She has not released any music album. But, she has sung/performed songs in 3 movies. The first was in the 1995 movie Desperado for the song Quedate Aquí.

In 2002 for the movie Frida she performed the Mexican folk song La Bruja with the band Los Vega.

She also recorded Siente mi amor, which played during the end credits of Once Upon a Time in Mexico.

1993 American drama film Mi Vida Loca (also known as My Crazy Life) for her role as Gata. She was not in a lead role in this movie.

Her next TV show made her a star in Mexico. That Spanish language telenovela Teresa (1989) was very successful there. She had a lead role in this show as Teresa Martínez.

Salma Hayek has worked with Sara Shears, founder of ugifit.com. She worked out with Sara 30 minutes a day from nearly 5 to 7 days per week. Whether Salma was in the hotel, or in her home, or in a shooting location, she never missed any workout session. Sara said –

“Salma is super smart and has so much drive. She always puts all her effort into her workouts and that’s the reason she gets results. I can’t say enough good things about her.”

Her workout session comprised of kickboxing, dancing, ball work, Pilates, strength training. Other than this, she also did cardio and high-intensity interval training to build up muscles. To get that ideal measurement and petite waist, she had really worked hard. See her full workout routine and diet plan.