The World’s Most Powerful Women of 2015 by Forbes 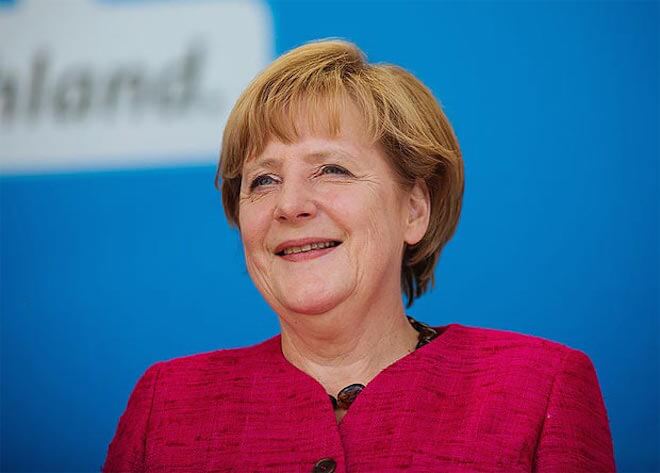 The prestigious Forbes magazine has released the list of World’s most powerful women of 2015. The list once again is dominated by the usual suspects. The German Chancellor Angela Merkel has once again finished at the top of the list. Her dominance in domestic politics, as well as the European politics, has made her a key figure in the World politics. Merkel is closely followed by Hillary Clinton, who again finished the year as the strongest female politician in the United States.

No, the list isn’t predominantly dominated by the politicians only. You would be surprised to know that philanthropist and Bill Gate’s wife Melinda Gates in on the third spot on the list. Then, there are bankers, economists, entertainers and entrepreneurs who have found a place in the list. Yes, Oprah is there. But, she couldn’t make it to the top 10 and had to be satisfied with 12th position in the prestigious countdown.

Well, I think that is enough for an introduction and playing around. So, let’s get to the business and take a look at those prominent female personalities who are shining beacons of inspiration and success in their respective fields.

Angela Merkel has grabbed the title of the most powerful woman on the planet for a tenth consecutive year. Yep, you read it right. Merkel always had a flair to surprise everyone and to be a kind of trailblazer. After all, the former research scientist holds the distinction of being the first woman to head her home country. In December 2014, she secured a third four-year term of Europe’s most vibrant economy, thus becoming the longest-serving elected EU head of state. Her many achievements include tackling the national recession during the global recession with great dexterity. She released stimulus packages and government subsidies for companies that cut hours for workers. Currently, she is a leading figure in the ongoing discussions to save Greece’s economy from a possible meltdown, which could probably send shockwaves through the European economy.

Recently, she broke the long-standing German tradition, which has been in place since Nazis by providing military support to the Kurdish fighters battling ISIS. She is also trying to diffuse tensions between Vladimir Putin and Western Europe by trying to broker a peace deal for the Russia-Ukraine conflict. And, by the look of things, it seems she will snaffle the first position next year as well.

Hillary Clinton is the leading Democrat contender in the 2016 presidential campaign. She already has a healthy lead over her rivals and is firmly on track to fulfill her wish to become a champion for the US public, as she had declared while announcing her candidacy via email and video release. In 2014, her ‘Ready for Hillary’ super PAC raised $9 million and is well known that some of her biggest potential donors are yet to commit. Clinton, who in 2001, became the first and only first lady to become a U.S. senator has also proved to be an extremely successful writer as well. Her memoir published in 2014, “Hard Choices,” which documents her stint as secretary of state, pocketed her a high-seven-figure advance.

Such is her popularity that despite the ‘email-gate’ revelations that she used her own private email address and server while at the State Department instead of the government system, potentially making her correspondence vulnerable to hacking and foreign surveillance, she remains a firm favorite amongst US public.

Over the years, Melinda Gates has effectively changed the way philanthropy is done. Like her husband, she has been a trailblazer in the field of charity. Last year, she established her position as the leading philanthropist with the donation of $3.9 billion in 2014 for charity and global development. Since, founding the Bill & Melinda Gates Foundation with her husband Bill Gates, she has given away $33 billion in grant payments. And, her position amongst the leading philanthropists isn’t just because of the size of donations. With highly targeted campaigns coupled with data-driven monitoring and global collaboration, she has made philanthropy more efficient. As the leader of the charity organization, she decides the way organization works and the results are monitored on regular basis. Currently, her and organization’s attention is focused on women and girls’ cause around the world.

In 2014, Janet Yellen made history by becoming the first female head of the Federal Reserve. Other reputed and prestigious positions she has held include President and Chief Executive Officer of the Federal Reserve Bank of San Francisco; Chair of the White House Council of Economic Advisers under President Bill Clinton; and Professor Emerita at the University of California, Berkeley, Haas School of Business. And, she hasn’t sat idle since taking over the new position in 2014. She took charge shortly after central bank began unwinding its recession-era bond-buying program and has led markets through six cuts that brought monthly purchases to $0 from a peak of $85 billion. With the markets still very sensitive to any change and new measures, she has handled her new responsibility with dexterity and poise. In March 2015, she received huge praise for managing to change guidance without spooking investors. At the same time, she has been battling calls for increased congressional guidance into the working of the Fed and has pushed to improve the Fed’s oversight of big banks.

Mary Barra, who holds the distinction of being the first female CEO of a major global automaker, has finally laid out her strategy for the future. Among other things, she wants to turn Cadillac into a global luxury brand, continue to grow in China and become a technology leader. However, her first year in the new position was harrowing. It was revealed that the faulty ignition switches caused at least 74 deaths and 126 injuries, leading to a 30-million car recall and pressure from investors to return more cash to shareholders. However, last April, she did a feature on the cover of Time’s “100 Most Influential People in the World.”

Under her, General Motors has become financially more stable and disciplined. Also, the company has taken several tough decisions such as pulling out of Russia, Australia, and Indonesia or ending the Chevrolet brand in Europe in case, it isn’t generating enough profit to justify continued investment.

Christine Lagarde has seen a one position drop in her rankings in this list. She is entering the last year of her stint as Managing Director of the International Monetary Fund, which serves as an economic advisor and backstop for 188 countries. When she was appointed, the global economy was recovering from the financial crisis. Currently, the projected annual global growth stands at 3.5%, which is only a hint above last year’s rate and down from 4% in 2011. She has called this the ‘new mediocre’ and has been vocal about her concerns about slow growth being the new reality. IMF is trying to boost the growth by viewing the emerging markets as unique locals rather than a single entity. The organization has also warned central bankers such as U.S. Federal Reserve to be cautious of the potential negative effects of differing monetary policy across the globe.

Currently, Dilma Rousseff is battling a sudden and significant drop in her approval ratings. She was the main subject of the protests carried throughout Brazil in March and April this year. It was alleged that she was a part of the Petrobras scandal. Petrobras is the leading oil company in Brazil and it was alleged that government officials and politicians were paid kickbacks by the company. Although, no evidence has been found that would link Rousseff with the corruption scandal, still her approval rating has dropped to 13%. Also, for the second year running, the economy of the country continues to shrink. Along with decline in the national economy, Rousseff has also seen her position fall from fourth position last year and second position in list for the year before that to seventh position this year. However, she has a habit of bouncing back from defeats. After all, from being detained in jail between 1970 and 1972, she has gone on to become the first woman president of Brazil.

The Facebook’s Chief Operating Officer is one of the most successful and popular women in the IT sector. Before being lured to the Facebook in 2008 by Mark Zuckerberg, she was Google’s Vice President of Global Online Sales and Operations from November 2001 to March 2008. Before that, she worked for Larry Summers, who was then serving as Chief of Staff at the Treasury under President Bill Clinton. She is often been credited for making Facebook profitable and a corporate powerhouse. According to Facebook, she controls company’s business operations including sales, marketing, business development, human resources, public policy, and communications.

She is also an author of the bestselling book ‘Lean In,’ which amongst its famous fans includes Yahoo CEO Marissa Mayer and Beyoncé. The books has inspired thousands of ‘Lean In Circle’ support groups and a spinoff ‘Lean In for Graduates,’ which was published in 2014. She has also signed a movie deal with Sony Pictures.

Susan Wojcicki has been with Google ever since it was incorporated in 1998. Initially, the company founders Larry Page and Sergey Brin set up the office in Wojcicki’s garage in Menlo Park. She became Google’s first marketing manager in 1999 and was in charge of initial viral marketing programs. And, do you remember the cute and creative doodles, Google uses to celebrate different occasions? Well, she worked on creating the first ever Google Doodles. Also, she was a key component of the other development teams that created various sections of Google such as Google Images and Google Books. In fact, she has been often called “the most important person in advertising.”

Currently, she is the CEO of YouTube. However, her move to the top position of the world’s leading video streaming website comes as no surprise. She championed the $1.65 billion acquisition of the video site. Currently, YouTube, with more than 1 billion unique visitors a month, is valued at around $20 billion. The overall revenue for 2014 was around $4 billion, which is 33% more than the revenue brought in 2013. Her work with leading celebrities and media companies has been a key factor in incredible rise in revenues and popularity over the last couple of years.

The US first lady isn’t one to sit in the shadows. By all accounts, she is an independent woman who loves to work hard for the causes, she believes in. In 2010, she launched a highly praised ‘Let’s Move!’ initiative to deal with childhood obesity and make lives of the general public healthier and better. In the start of 2014, she traveled to Southeast Asia to push an initiative that aims to improve girl education and improve the well-being and financial stability of young women. Also, she was one of the leading voices in campaign to bring back school girls who had been kidnapped in Nigeria. Her activism wasn’t just limited to overseas as in summer 2014, she spoke of the measures taken by the administration to end homelessness among military veterans in the U.S. She cited examples of Phoenix and Salt Lake City, where the organization has been successful. She also courted controversy during a visit to Saudi Arabia by not covering her head in presence of president of Saudi Arabia.