Kim Tae-hyung is a South Korean singer known for being a member of the popular band, BTS (Bangtan Boys). He joined the band in June 2013 with the track No More Dream. He has released various singles with BTS such as Just One Day, Miss Right, Dope, and Not Today.

Kim Tae-hyung studied at the Korean Arts High School and graduated in 2014. He later joined the Global Cyber University.

Kim Tae-hyung is single as he is busy shaping his career leaving him with no time for relationships. But his ideal type of a girl is someone who is charming, will take care of him, will love him, always look good, can make hot chocolate, and wear wide pants. He also wants to marry his first love and be with her forever.

On June 12, 2013, Kim Tae-hyung, as one of the members of BTS, released their debut album 2 Cool 4 Skool under the label Loen Entertainment and Big Hit Entertainment. The album has 9 tracks including 2 hidden tracks.

In 2013, he made his first television show appearance on the talk show, After School Club appearing as a guest.

Kim Tae-hyung does not follow any workout routine. Being a dancer, it’s easy for him to get his workout done from his dance practices. He has a well-maintained physique and even if he does not exercise, his dancing compensates and helps him stay in shape.

Also, he does not have any diet plan. He likes to eat and can eat anytime. Kim believes if you enjoy your food, you are unlikely to put on weight. 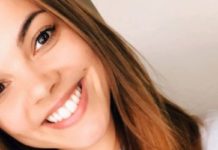