Valerie Teresa Thomas is an Indonesian actress who is best known for starring in several films such as 13: The Haunted (2018), Simfoni luar biasa (2017), King (2011), and Susah Sinyal (2009). She is also known for starring in several shows such as Yang Masih di Bawah Umur in 2012. Valerie is also noted to be the second child of actor and model, Jeremy Thomas. She has a huge fan following with more than 1.5 million followers on Instagram.

Valerie studied at the British School Jakarta. Later, she enrolled for a degree in Political Science at Goldsmiths, University of London.

She often prefers to dye her hair ‘blonde’.

Through her social media, Valerie has endorsed several brands such as –

Valerie has also served as an ambassador for Adidas Indonesia.

Valerie made her debut theatrical film appearance as Michelle in the family sports drama film, King, in 2009.

She made first TV show appearance as Mila in Yang Masih di Bawah Umur in 2012.

Valerie trains at the gym and also prefers to work out outdoors. She can often be seen performing several exercises such as weighted squats as well as sled exercises to boost her stamina. She also works hard on increasing the intensity of her cardio sessions especially while running.

She also strives to attain a physique like South African supermodel Candice Swanepoel. 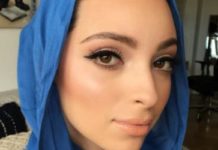 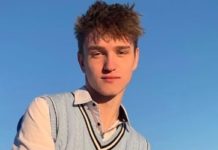 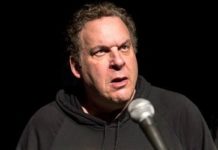