Yung Miami is an American rapper, fashion designer, and social media star, best known as 1 half of the trap and hip hop duo City Girls alongside JT, whose real name is Jatavia Shakara Johnson. The two released their debut single titled Fu*k Dat Ni**a ft. Quality Control in August 2017. Because JT was arrested and charged with aggravated identity theft and was scheduled for release on March 21, 2020, Yung Miami was left to fend for both of them at that time. She didn’t give up, and paid DJs in strip clubs “$20 to play the song” after which it caught on, and ended up on the compilation album Control the Streets Volume 1 which peaked at number 5 on the US Billboard 200 chart. In January 2018, she also recorded a music video for the song and featured a female rapper Trina. In May 2018, Yung Miami and JT released their debut mixtape titled PERIOD, which consisted of 16 tracks in total, out of which the most prominent were Tighten Up, One Of Them Nights, Not Ya Main, Where The Bag At, Careless, Rap Sh*t, Movie, How to Pimp A N**ga, and Clear The Air.

Yung Miami released her debut studio album titled Girl Code on November 18, 2018, under Quality Control Music, Motown Records, and Capitol Records. The album peaked at the 31st spot on US Billboard Top R&B/Hip-Hop Albums chart, and 55th spot on the US Billboard 200 chart. It consisted of 13 tracks in total, and the most prominent were Trap Star, Swerve, Clout Chasin, Drip, Give It a Try (ft. Jacquees), Season (ft. Lil Baby), On the Low, and P*nties an Bra. The other 2 singles reached a massive audience as well, Twerk ft. Cardi B managed to peak at number 29 on the US Billboard Hot 100, while Act Up managed to peak at number 13 on US Billboard Hot R&B/Hip-Hop Songs. Yung Miami has also amassed a large fanbase online with more than 2 million followers on her personal Instagram account and more than 2 million followers on the joint Instagram account, as well as more than 800k subscribers on their joint YouTube channel.

She attended Miramar High School in Miramar, Florida, United States, and graduated in 2012.

Yung Miami has endorsed brands such as – 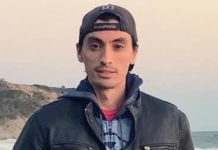 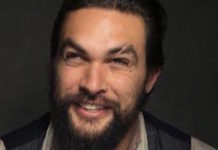