Andy Biersack is an American singer, songwriter, and pianist who is the founder and lead vocalist of the rock band Black Veil Brides, which has released albums like Set the World on Fire, Vale, We Stitch These Wounds, Wretched and Divine: The Story of the Wild Ones, Black Veil Brides, and The Phantom Tomorrow. As a solo artist, he has released albums and tracks such as The Shadow Side, The Ghost of Ohio, They Don’t Need to Understand, My Way, and We Don’t Have to Dance. 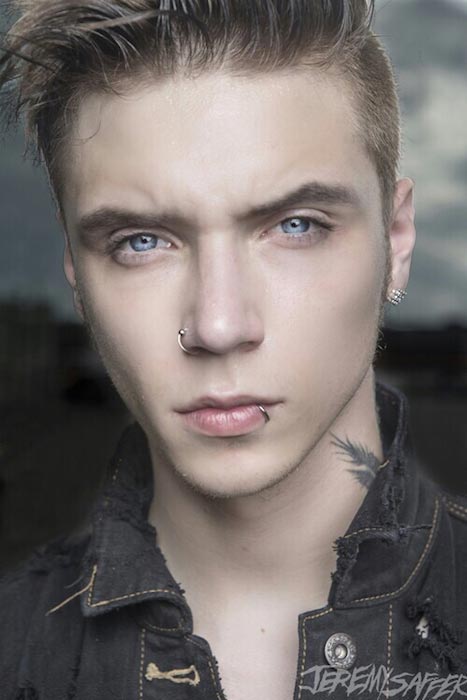 Andy attended a Catholic Elementary School in his hometown.

He then attended School for Creative and Performing Arts in Cincinnati, Ohio to major in vocal music and drama. But, he left the school before graduation at the age of 17.

He prefers dyeing his hair to “Black”.

He has appeared in commercials for Montana Meth‘s “Jumped”, AT&T‘s “Confetti”, etc.

Though, his upbringing was in a religious family.

Being a part of the rock band, Black Veil Brides as a lead vocalist, and for an appearance in the comedy series Average Joe.

As a part of the band, Black Veil Brides, he released his debut album We Stitch These Wounds on July 20, 2010, via StandBy Records.

It consists of 12 songs in the standard version of the album with a total length of over 42 minutes. It ranked #1 in the list of US independent albums.

As a solo artist, he released his debut album The Shadow Side on May 6, 2016, and it features guest performances from Quinn Allman, Rian Dawson, Ashton Irwin, Juliet Simms, Matt Skiba, Gerard Way, and Mikey Way. The album peaked at number #16 on the UK Albums (OCC) chart and at number #22 on the US Billboard 200 chart.

As an actor, he starred in the 2012 musical film Legion of the Black for his role as The Prophet. Besides being an actor, he was also the writer for the film, which is the Black Veil Brides’ full-length feature film.

From 2012 to 2014, Andy Biersack played the role of Andy in the comedy series Average Joe. He appeared in a total of 11 episodes.