Aubrey Miller is an American actress, singer, dancer, and social media star who came to prominence with her important portrayal of Megan Simms in Disney Channel’s hit show Austin & Ally from 2012 to 2013. She also appeared in a number of other well-perceived shows and films including The Fresh Beat Band (2009-2013), Sam & Cat (2013), Shameless (2014), Spare Parts (2015), Little Savages (2016), Just Add Magic, and Raven’s Home. On the other hand, Aubrey is a multi-talented pop music artist. Until 2019, she had released 2 hit singles, Crossing My Heart and Dancing With My Girls (2016). Aubrey has also sung cover tracks such as Fifth Harmony’s Miss Movin’ On (2013) and Megan Nicole’s Electrified (2014).

Besides that, her talents extend to dancing and choreography to some extent as well which can be seen in the dance cover videos that she uploads to her eponymous YouTube channel along with other fun and engaging content. In a span of just 9 years since she made her debut in 2010 and until 2019, Aubrey had also managed to work alongside the likes a few well-known actors like William H. Macy, Shanola Hampton, George Lopez, Jamie Lee Curtis, Noah Lomax, Aedin Mincks, and Leigh-Allyn Baker. Along with that, Aubrey has also amassed a huge fan base with more than 500k followers on Instagram, more than 100k followers on Twitter, more than 50k followers on YouTuber, and more than 60k followers on Facebook.

Aubrey was homeschooled. Thereafter, she attained a Bachelor of Fine Arts from Laguna College of Art and Design in Laguna Beach, California. She graduated with a major in animation and a minor in illustration.

Aubrey has appeared in commercials for various brands such as Progressive, Net10 Wireless, and PetSmart.

Aubrey released her debut solo track titled Dancing With My Girls on March 9, 2016. Thereafter, she released a second single titled Crossing My Heart on January 28, 2019.

Besides that, she has sung cover songs like Fifth Harmony’s Miss Movin’ On (2013) and Megan Nicole‘s Electrified (2014).

Aubrey made her debut theatrical film appearance as a “student” in the Bollywood hit My Name Is Khan in 2010. Also, starring in the film was Shahrukh Khan and Kajol in the pilot roles. However, her role was uncredited.

Aubrey made her debut credited theatrical film appearance as a “party girl” in the Hindi language movie Anjaana Anjaani in 2010 alongside actor Ranbir Kapoor and Priyanka Chopra.

She made her debut English language theatrical film appearance as Little Elli in A Green Story in 2012. She was cast alongside actress Shannon Elizabeth, Ed O’Ross, and Billy Zane.

She made her first TV show appearance as Jr. Kiki on The Fresh Beat Band in 2009. She appeared alongside Jon Beavers, Yvette Gonzalez-Nacer, and Thomas Hobson.

Aiding her in maintaining her already well-toned and conditioned physique is her passion for dancing ever since she was a little girl, hence, helping her burn excess fat while having fun. Also, she is a trained gymnast.

Aubrey has been a vegan ever since her childhood days. This is also an important factor as she only consumes healthy and nutritional food such as green vegetables and fruits on a daily basis. 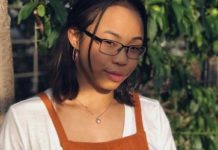