Aubrey O’Day is an American singer, songwriter, actor, model, reality television personality, and fashion designer. She is best known for being a member of the girl group Danity Kane, which has released albums like Welcome to the Dollhouse, Danity Kane, and DK3. Over the years, she has also been a part of a variety of projects such as Making the Band 3, Making the Band 4, All About Aubrey, RuPaul‘s Drag Race, Dance Moms, Marriage Bootcamp: Reality Stars 3, Marriage Bootcamp: Reality Stars 11, Fashion News Live, Ex on the Beach 3, Celebrity Big Brother, Total Blackout, and Famously Single. 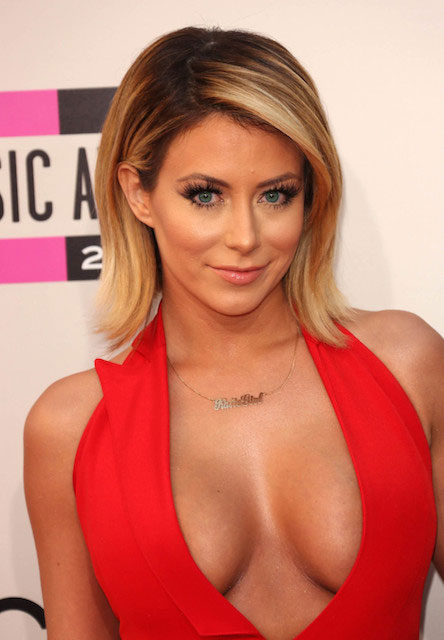 In the early 2000s, she went to La Quinta High School.

Aubrey O’Day has been signed to –

Aubrey O’Day is of Irish and English descent.

Her debut Platinum album Danity Kane, which she released in 2006 under the band of the same name.

Under the name of R&B / pop group Danity Kane, Aubrey released her debut album Danity Kane via Bad Boy Records on August 22, 2006, in the USA.

In 2009, she appeared in a romantic comedy film American High School for her role as Hilary Weiss.

Her debut television appearance was in the reality television series Making the Band 3 in 2005. She appeared in a total of 13 episodes.

Aubrey went to Barry’s Bootcamp, which provides a great workout and guarantees you to sweat. It combines intense cardio sessions like treadmill running (and sometimes even backward) and floor exercises along with weights.

Aubrey also goes hiking with her dog. She has posted various pictures of her showing her booty and worked-out body.

She also keeps a balance between what she eats and how much she exercises on that day. If she eats more, she knows that she would need to exercise more and vice-versa.

She does not drink soda but does eat everything she likes but in moderation.