Bea Miller is an American singer, songwriter, actress, and voiceover artist who rose to fame at the age of 13 as she came in 9th place on season 2 of The X Factor (US). Since then, she has released a number of albums, tracks, and extended plays like Not an Apology, Sad Boy Hours, Chapter One: Blue, Chapter One: Red, Chapter One: Yellow, It’s Not U It’s Me (with 6LACK), Fire n Gold, Never Gonna Like You (with Snakehips), Wisdom Teeth, and Yes Girl. Moreover, she has also showcased her acting talents in roles such as Virginia O’Hanlon in Yes, Virginia, Lanie Callahan in Officer Down, Molly Davis in Toy Story 3, Angela Bernard in Tell-Tale, Buffett’s Great Grandkid in Too Big to Fail, and Tracy in Please Stand By. 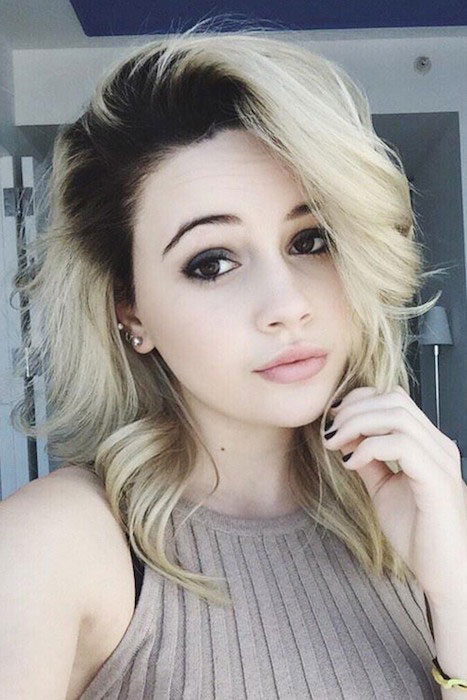 She has attended primary school, but left middle school and instead opted for homeschooling.

Bea Miller has been signed to these agencies –

She is naturally a ‘Blonde.’

But, likes to dye her hair blue or with other colors.

She has appeared in Teddy Grams commercial.

She has served as the brand ambassador of Ditch the Label which is an anti-bullying charity.

Finishing 9th in the US version of the singing contest The X Factor in 2012, and her single “Young Blood.”

Bea released her debut album Not an Apology on July 24, 2015, via Syco Music and Hollywood Records. It peaked at #7 in US Billboard 200.

The album consists of 11 singles, giving it a total length of about 38 minutes.

In 2008, she appeared in a short comedy film (6 minutes long) Teddy Grams for her role as Grace.

Her bigger role came in 2009 when she appeared in the romantic comedy film Confessions of a Shopaholic for her role as shoestore girl.

In 2008, Bea guest appeared in the late-night sketch comedy show Saturday Night Live as a kid at “The Dakota Fanning Show.”