Dakota Fanning is an American actress, voice artist, singer, model, and producer who has been cast in several movies like The Twilight Saga, I Am Sam, The Secret Life of Bees, Uptown Girls, Dreamer, Once Upon a Time in Hollywood, The Nightingale, Charlotte’s Web, War of the Worlds, Man on Fire, Ocean’s 8, and Viena and the Fantomes. Moreover, some of Dakota Fanning’s television roles include playing Sara Howard in the TNT period drama The Alienist, Miranda Worth in the animated web series Gen:Lock, Allie Keys in the sci-fi miniseries Taken, and Emily in the Fox family sitcom Malcolm in the Middle.

Dakota Fanning has been signed with –

In 2020, her net worth was $12 Million according to CelebrityNetWorth.com.

Dakota Fanning’s blonde hair and pale skin make her different from others. Her bubbly personality, full of enthusiasm adds up to these features. 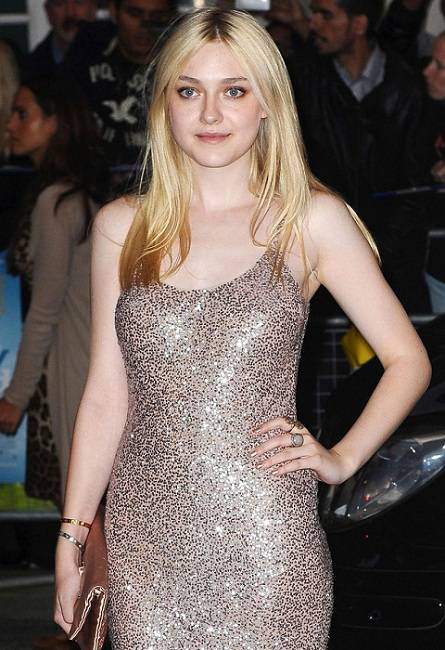 Dakota Fanning’s career started with endorsing for “Tide” commercial when she was just 5.

Dakota Fanning is best known for her promising acting skills in her breakthrough performance when she was just 7 in the film “I am Sam”. She was appraised for her roles in “Uptown Girls” and “War of the Worlds” too.

American medical drama television series created by novelist Michael Crichton, ER for her role as Delia Chadsey. She just appeared in a single episode titled “The Fastest Year” in 2000.

2001 short film from director Marie Rose, titled Father Xmas, for her role as Clairee. She starred in the film by performing the role of a 6-year-old child.

She was noted for her role in the film I am Sam (2001), an American drama film, written and directed by Jessie Nelson. She played the role of Lucy Diamond Dawson. It was her third film.