Christina Perri is an American singer and songwriter who has gained popularity with her song A Thousand Years, the love theme for the film The Twilight Saga: Breaking Dawn – Part 2 (2012). In addition to that, she has also released several other tracks, extended plays, and albums which include the likes of The Ocean Way Sessions, Head or Heart, Lovestrong, A Very Merry Perri Christmas, Jar of Hearts, Distance (featuring Jason Mraz), Burning Gold, and Human.

She has Italian roots on her father’s side and is of Polish descent on her mother’s side.

Lots of tattoos on her body 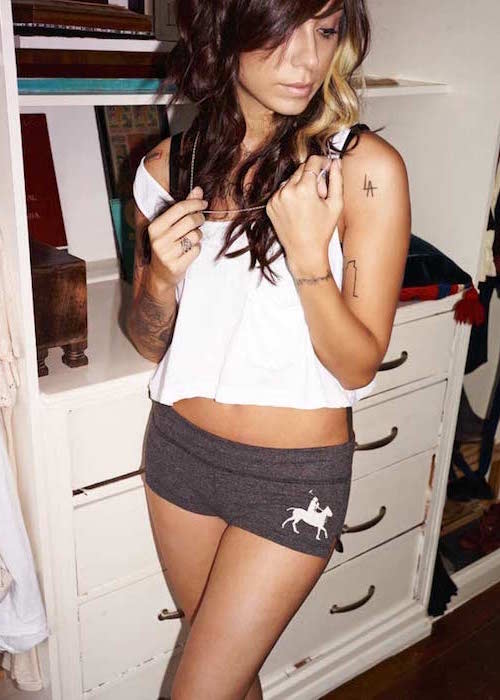 She has not endorsed any of the brands, but her song “Arms” was featured in the film Safe Haven (2013).

She has also appeared in a couple of commercials.

Christina was raised as Catholic. But now, she might not be following it.

She released her first album Lovestrong on May 10, 2011, via Atlantic Records. She was able to sell more than 1,500,000 copies of the album worldwide.

In 2010, she was a guest performer at So You Think You Can Dance and, hence, she appeared in just 1 episode.

Christina focuses more on her diet. In order to remain full of energy for the concerts and protect her voice, she has to watch what she eats.

Christina also exercises at Equinox gym in New York with her trainer Joey Rubino. They together shared a 30-minute full-body workout for the fans. Check out on Seventeen.

Christina is also obsessed with SoulCycle and prefers to do it whenever she finds time.