Divya Bharti was a well distinguished Indian actress who was best known for her appearance in both Hindi and Telugu films. The young actress, who began her career in her late teens starred in more than a dozen films from 1990 until 1993. Over a span of almost 2 and a half years, she had also worked alongside various well-known actors across Tollywood and Bollywood, some of which were Govinda Ahuja, Rishi Kapoor, Venkatesh Daggubati, Chiranjeevi, Mohan Babu, Shahrukh Khan, Suniel Shetty, and many more. Divya’s most notable appearance was in the films Bobbili Raja (1990), Shola Aur Shabnam (1992), Rowdy Alludu (1991), Assembly Rowdy (1991), Deewana (1992), and Vishwatma (1992). However, her success was short-lived as she lost her life on April 5, 1993, after plummeting to her death from her sixth-floor apartment.

She died on April 5, 1993 (aged 19) in Mumbai, Maharashtra, India, due to head injuries and internal bleeding.

Divya attended the Maneckji Cooper Education Trust School in Mumbai. However, at the age of 14, she dropped her studies to pursue her passion for acting.

Divya had appeared in commercials for several brands such as –

Divya made her debut Telugu theatrical film appearance as Rani in Bobbili Raja in 1990.

She made her first Hindi theatrical film appearance as Kusum in Vishwatma in 1992. Divya saw the likes of Sunny Deol, Naseeruddin Shah, Chunky Pandey, Sonam, Jyotsna Singh, and Amrish Puri. 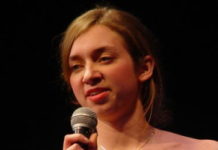 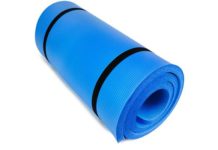