Hannah Davis Jeter is an American model, television host, and actor. Best known for her appearances in the Sports Illustrated Swimsuit Issue, she has also graced the magazine’s 2015 edition as well as has appeared on the covers of many other magazines like Cosmopolitan Mexico, Maxim USA, FHM France, FHM South Africa, and GQ Mexico. Moreover, she has been a part of several shows such as Project Runway, Rush, Project Runway: Junior, Extra, The Captain, and The Rachael Ray Show.

Hannah Davis is signed to these modeling agencies –

She has appeared in commercials for the DirecTV genie.

Davis debuted with Ready to Wear – Spring / Summer 2006 fashion show where she modeled for Baby Phat, and Ralph Lauren.

As an actor, she appeared in the crime drama mystery television series Rush for her role as Baby G / Gigi in 2009 and 2010 in only three episodes. 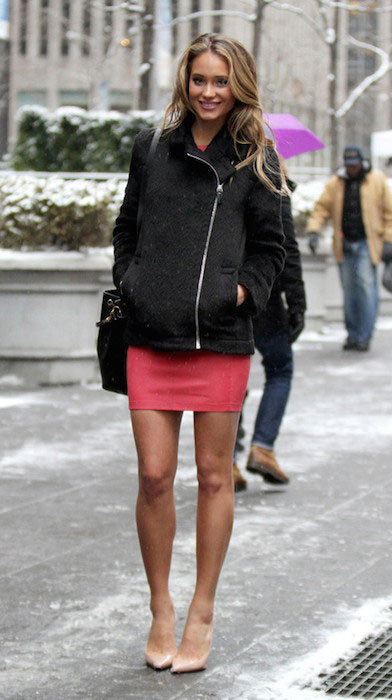 She is a foodie and eats a variety of foods. So, she needs to work out also. Hannah says she is always working out in the form of riding her bike, playing tennis, playing football, etc.

She also keeps a cheat day in her weekly schedule when she eats the foods of her choice – mainly cookies.

She is also not a morning person, but coffee is a must for her.