Irrfan Khan earned a full scholarship at the National School of Drama (NSD) in New Delhi whilst he was still studying for his master’s degree in Arts in 1984.

Irrfan Khan is managed by –

He has Pathan Indian ancestry.

Irrfan Khan has done endorsement work for the following brands –

His natural acting style and versatility of character portrayal in Bollywood and Hollywood cinema.

Irrfan made his theatrical film debut in the role of a letter-writer in the drama movie Salaam Bombay! in 1988.

In 1987, Irrfan made his first television show appearance on Shrikant.

Irrfan Khan is not very particular about his diet plans. However, he does believe in the concept of moderation. 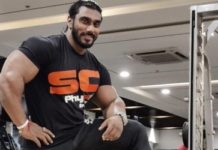