James Cameron is an Academy-award winning filmmaker from Canada. He is best remembered for movies like Titanic (1997) and Avatar (2009) which have revolutionized the cinema-goers’ movie-watching experience forever. His constant zeal to reinvent the world of technology and cinema has enabled him to shoot scenes previously considered impossible. Known for his perfectionist trait and unflinching determination, Cameron has become a revered name in the film industry. In addition to being a meticulous director, he is also an explorer, environmentalist, and philanthropist. James is equally passionate about the environment and promotes a vegan lifestyle.

James studied at Stamford Collegiate School in Ontario. When he was 17 years old, his family shifted base to Brea in California. He then attended Sonora High School and after dropping out, enrolled at Brea Olinda High School.

Next, he attended the community college, Fullerton College to study physics in 1973. He switched it to English and the next year, in 1974, before the fall semester could begin, he dropped out of college.

He has Scottish ancestry.

However, his hair has turned gray due to his advancing age.

James has done endorsement work for the following brands –

His movie Avatar (2009) was used in a Japanese Panasonic TV advertisement.

James made his theatrical film debut in 1997 with his own directorial film Titanic. However, his minor role as a steerage dancer was uncredited.

His first credited performance was in 1999 when he played himself in Albert Brooks’s comedy film The Muse.

He made his first TV show appearance as a guest on the talk show Late Night with David Letterman in 1989.

Cameron, along with his family, had adopted a vegan diet in 2012. Since then, he has been a proponent of veganism and considers choosing a plant-based diet the biggest contribution one can make in combating climate change. He has credited his new diet for his improved health and sustenance.

On a typical day, Cameron follows a meticulous routine such as – 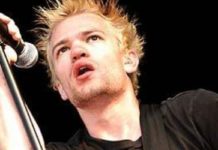 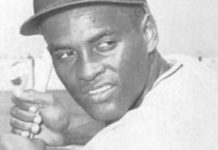