Joanna Krupa is a Polish model, actor, producer, and animal-rights activist who is best known as the host and head judge of Polish Top Model as well as for having appeared on reality television shows Dancing with the Stars and The Real Housewives of Miami. She has also been a part of other shows and movies which include Planet of the Apes, Million Dollar Challenge, Superstars, Skinner Box, Szymon Majewski Show, Max Havoc: Curse of the Dragon, The Dog Problem, Las Vegas, The Man Show, The Underground Comedy Movie, CSI: Crime Scene Investigation, Ridiculousness, and Ripple Effect. 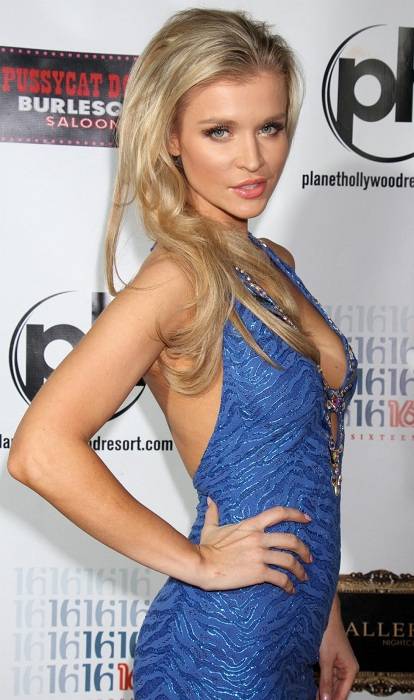 Joanna Krupa is of Polish descent.

Appearances on the reality television shows such as Dancing with the Stars, Poland’s Next Top Model, and The Real Housewives of Miami.

Krupa sang on Manon’s dance music single “I’ll Be Around”, which was released on November 19, 2009.

1999 film The Underground Comedy Movie. This movie was re-issued in 2010, when the director of the movie, Vince Offer had completed filming scenes with fashion models Lindsay Lohan and Joanna Krupa.

American comedy television show, The Man Show. The show was created in 1999, but she appeared from 2002 to 2003 in this show as Juggy Dancer.

“I never hire a personal trainer because it doesn’t motivate me as much.”

She eats healthy and also works out two to four times a week. She starts with cardio and goes with weight training afterward to build muscles. Regarding diet, Joanna says that she eats whatever she wants. She never overindulges in any of the cravings. Krupa controls herself and stops eating when she is getting full. Hence, her dietary habits together with workouts lead her to such a great body.