Kobe Bryant was an American professional basketball player who spent his entire 20-year career with the Los Angeles Lakers in the National Basketball Association (NBA). Considered as one of the greatest players of all time, he was instrumental in Lakers winning 5 NBA championships and was an 18-time All-Star, a 15-time member of the All-NBA Team, a 12-time member of the All-Defensive Team, the 2008 NBA Most Valuable Player (MVP), and a two-time NBA Finals MVP. Popularly known as “Black Mamba”, his talents weren’t limited to his game and he also won the Academy Award for “Best Animated Short Film” for his 2017 film Dear Basketball. Tragically, he died along with his 13-year-old daughter Gianna and 7 others in a helicopter crash in Calabasas, California in 2020. 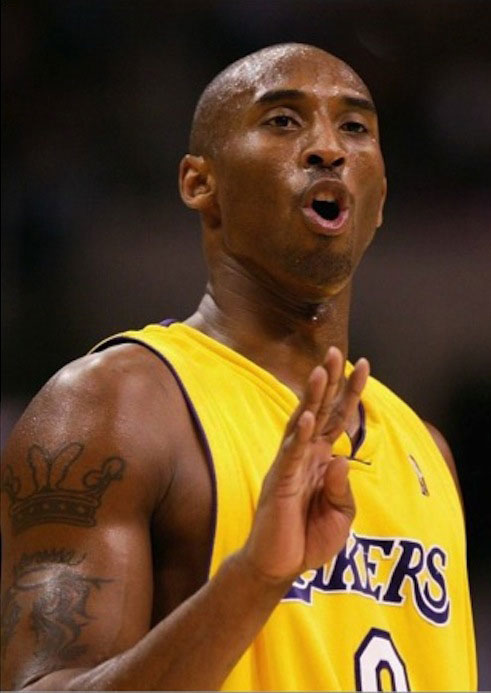 Kobe died on January 26, 2020, at the age of 41, in a helicopter crash nearby Calabasas, California, U.S. Gianna Bryant, his daughter was also traveling with him in the helicopter who also lost her life.

Kobe Bryant was of African-American and Guyanese descent.

Back in 1996, Kobe signed a six-year contract with Adidas, worth 48 million dollars.

Signed contracts with Coca-Cola Company, Nubeo (watch company) (2009), and many others.

Winning 5 NBA Championships with the Los Angeles Lakers, and also for winning two Olympic Gold medals with the US National basketball team at Olympics 2008 and 2012

He first appeared in the documentary about himself, known as Kobe Doin’ Work directed by Spike Lee back in 2009.

Bryant first appeared on a TV show back in 1996 playing as Kobe Bryant in the TV series Arli$$.

Kobe played his first NBA game on November 3 back in 1996 like a part of the Los Angeles Lakers against the Minnesota Timberwolves.

In that game, Kobe officially became the youngest player that had ever appeared in an official NBA game.

Tim is known for the fact that he was Michael Jordan’s personal trainer too.

More about Kobe’s diet and workouts, you can find them on our website HERE.