American TV personality and actress, Kristin Cavallari is in incredibly slim and curvy shape. However, she confesses of being overweight while shooting for the reality show, The Hills. And it was her chubby images in a bikini which had her realize that she needed to shed numerous unsolicited pounds. Without ado, the lady relentlessly followed a strict diet and here we have her in the killer body. 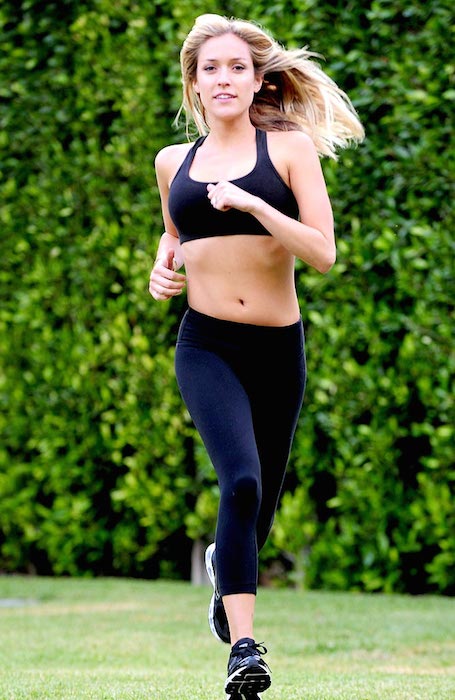 To be in excellent shape post pregnancy is not stress-free, however, the blonde starlet transformed herself back to toned shape within two months past the birth of her first child, son Camden Jack in Aug 2012, which was really laudable. She shed twenty pounds and looked all set to startle our eyes with her curvaceous figure. With her sexy legs, tiny waist, Cavallari herself reckons that she is in the most sought-after shape of her life. In May 2014, she welcomed her second child son Jaxon Wyatt. We are hopeful to see her resume her sylphlike figure once again. We have tried to figure out her workout and diet secrets which are accountable for her captivating figure.

Thanks to the superb upbringing of Cavallari, which inculcated healthy eating habits in her. The gorgeous celeb eats organic and wholesome foods having opulent content of vital nutrients. Highly acidic and toxic foods being off from the food list of Cavallari has her embrace foods such as grass-fed beef, fish, bison, green and leafy veggies etc. Besides that, while paying attention to her body signals, she renounced the consumption of meat. Since meat is high in saturated fats, she encountered some health issues with its consumption. Not only the pretty star ensured better health for her by weeding it out from her diet, she also saved her from bulking up in pregnancy. However, she complains of being suffering from cravings of sugar and carb in pregnancy, and since she couldn’t resist their temptation, she credits her weight gain in pregnancy to these sinister food items. Here is one typical diet regime of Kristin Cavallari. 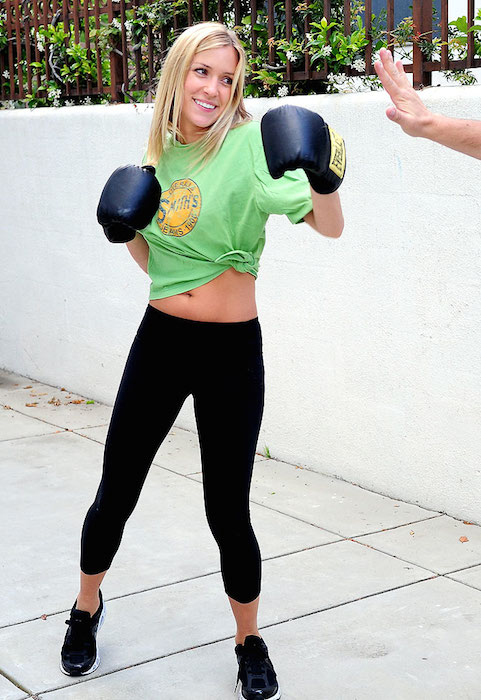 Her rail-thin figure might have you deem that the kick-ass beauty must be consuming a restrained number of calories. However, instead of dwelling on pesky calorie counting, she swears rather by more judicious and realistic approach. Without wasting much of her time, she just gives a prudent look to the packaging content and if she witnesses harmful chemicals and other ridiculous stuffs in the ingredients, she forbids buying the crap. It’s vital for you to check out the ingredients of food items before you purchase them. If you find names such as sucrose, fructose, glucose etc. on the foods, prefer not buying them because they all are different names of sugar. Aside from that, food items having weird ingredients should also be renounced. After all, it’s your body; you won’t like to make it grow dysfunctional by feeding cheap fuel to it.

Two Cheat Days in a Year

Cavallari being fitness conscious turned to yoga while impending closer to pregnancy. Since it’s neither viable nor recommendable to execute vigorous workouts in pregnancy, yoga is a superb workout which is nothing less than a godsend workout for pregnant ladies. Apart from yoga too, there are some complex stretching postures. Make sure that the yoga postures you execute don’t put undue strain on your stomach.

Since Cavallari had been swearing by organic foods and workouts throughout her pregnancy, she didn’t bulk up much. She switched to exercises while her first son was just three weeks old. While devoting thirty-five to forty minutes in a day, the new mommy worked out five times in a week. Her workouts were primarily targeted to condition her legs, thighs, and butts, so she executed myriad squats, lunges, crunches, weight lifting etc. And after few months, she incorporated Pilates also to build up her core. She reserved two days for Pilates and twenty minutes for stair climbing paired with thirty minutes of weight training. Her gradual shift from light to heavy workouts is appreciable. However, her eagerness to incorporate workouts so early in her post-pregnancy days is not recommendable. Since your body is fragile after pregnancy, workouts might bungle the shape of your weak bones. So, instead of showing a hurry, wait patiently for a minimum of six months and let your body re-acquire its strength.