Leigh-Anne Pinnock is an English singer, songwriter, and actress best known for being a member of the British girl group Little Mix, formed on the 8th series of The X Factor in 2011. Regarded as one of the best-selling girl groups, Little Mix has released a wide range of discography that includes albums and tracks like Get Weird, Wings, DNA, Confetti, Glory Days, Change Your Life, Black Magic, and Hair (featuring Sean Paul). Moreover, she has been a part of other projects like Served! with Jade Thirlwall, Leigh-Anne: Colourism & Race, How To Be Anne-Marie, and MTV Generation Change: Black Lives Matter. 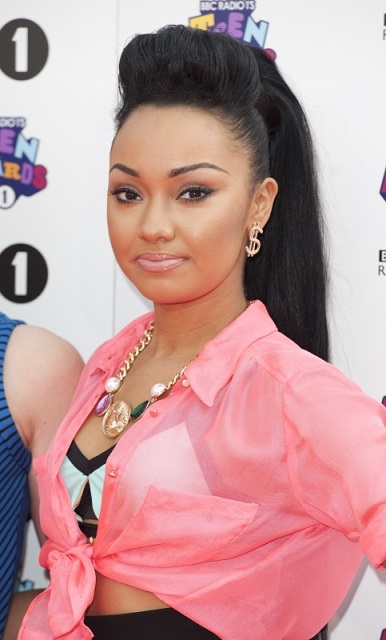 Until 2018, she was signed with Syco Music as well.

Being one of the members of the British girl group “Little Mix” since 2011. The other members are Perrie Edwards, Jesy Nelson (who left the band in 2020), and Jade Thirlwall.

The girl group Little Mix released their debut album titled DNA on November 19, 2012, through Syco music. The album consists of 12 tracks with a total length of 43:56 minutes.

Like other Little Mix members, her first TV appearance was on The X Factor in 2011 as herself (contestant).

The band works with a personal trainer before a tour to look more toned and perform better on stage.