Matthew McConaughey is an award-winning American actor, voiceover artist, and producer who has given critically acclaimed performances in movies like Dallas Buyers Club, Interstellar, The Wolf of Wall Street, True Detective, Mud, Thirteen Conversations About One Thing, A Time to Kill, How to Lose a Guy in 10 Days, and The Wedding Planner. Moreover, his role in the 2013 biographical drama film, Dallas Buyers Club, won him the Academy Award for “Best Actor” and he also received fame for his portrayal of Joseph Cooper (referred to only as “Cooper” or “Coop” in the film) in the epic science fiction film, Interstellar (2014). 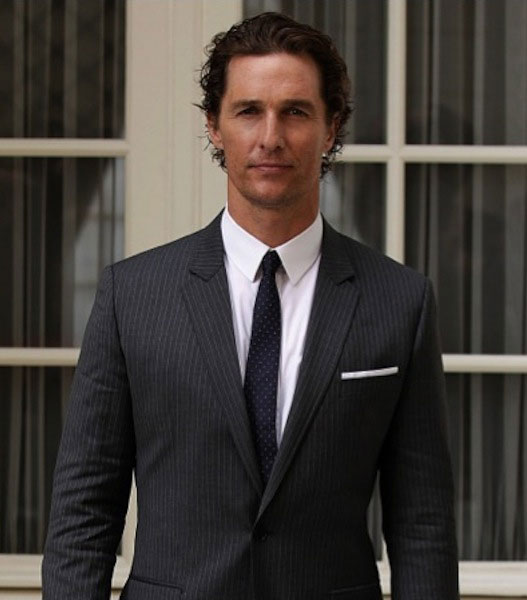 In 1993, he received a Bachelor’s degree in Radio-Television-Film from the University of Texas at Austin College Of Communication. 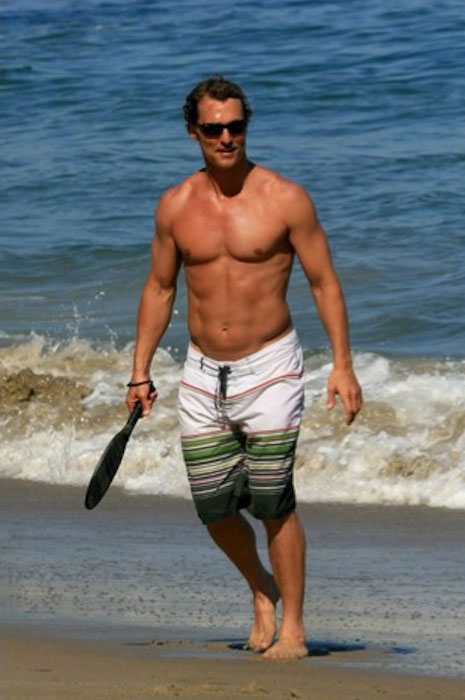 He has appeared in many commercials and campaigns.

Some of them are –

He attends a non-denominational church.

He first gained notice in the 1993 comedy film Dazed and Confused for playing the role of David Wooderson.

In 1992, he guest appeared in NBC’s Unsolved Mysteries as Larry Dickens in episode #5.12.

However, Matthew’s first television appearance was in 1991 in a TV commercial for the Austin, Texas Newspaper named Austin American-statesman in which he had the major role.

Matthew’s personal trainer is Gunnar Peterson, who is known for his work with professional athletes and celebrities.

Because Matthew, many times, is a part of different types of films, he plays various roles in each and every movie. So, his workouts and diets are pretty different.

From bulking up to slimming down, to keeping maintenance at already gained lean muscle mass, he had played different roles.

For example, Matt worked out with Gunnar while preparing for his role in Magic Mike (2002).

His workout program consisted of two circuit training in one day.

Starting with treadmill running in the morning, and then circuit workout including bodyweight and free weight exercises.

After his weight training, he went for the core training which consisted of:

Core training for Day 2 and Day 5 consisted of:

*Each exercise except Planks is to be done for 1 set of 12 to 15 repetitions. For planks, 1 set of 30 plus seconds hold.

Core training for Day 3 and Day 6 consisted of:

*Both exercises are to be done for 1 set of 10 to 12 repetitions each.

Matthew’s diet for his role in Magic Mike consisted of eating a lot of vegetables such as spinach, broccoli, cabbages, peas, peppers, and cucumbers.

To reach his daily protein intake, he needed to eat chicken, steak, beef, and pork.

Also, he was eating a lot of fruits in between meals, especially plums.