Maude Apatow is an American actress who is well-known for being the daughter of director, producer, and screenwriter Judd Apatow and actress Leslie Mann. She began her career as a child actress by playing the daughter of her real-life mother Mann’s character in films like Knocked Up (2007), Funny People (2009), and This Is 40 (2012). However, with time, she has set herself apart with mature roles like Meredith Whitcomb in The House of Tomorrow (2017) and Lexi Howard in the teen drama series Euphoria (2019). In addition to acting, Maude is also a talented writer and aspires to direct films like her father. She has more than 200k followers on Twitter and more than 400k followers on Instagram.

Maude attended the Northwestern University in Chicago to study theater but left after completing her sophomore year to focus on her acting career.

Maude is represented by the United Talent Agency in California.

She has Ashkenazi Jewish ancestry on her father’s side and is of Scottish, Finnish, German, and Irish descent on her mother’s side.

Maude has done endorsement work for the following brands –

In 2007, Maude made her theatrical film debut as Sadie in her father’s romantic comedy film Knocked Up. She played the daughter of her real-life mother’s character Debbie in the film.

Maude made her first TV show appearance as ‘Herself’ in a 2012 episode of the documentary series 60 Minutes which featured a segment on her father titled ‘Judd Apatow’. 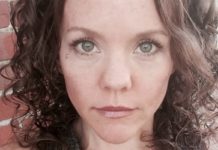