Melanie Sykes is an English television and radio presenter, actor, voice actor, model, director, and producer who is best known for co-hosting Today with Des and Mel with Des O’Connor and Let’s Do Lunch with Gino D’Acampo. She has also been a part of many other projects such as The Big Breakfast, Melanie Sykes’ Southall Stories, PB&J Otter, Loose Women, Celebrities Under Pressure, The Vault, The Paul O’Grady Show, The 5 O’Clock Show, Gene Detectives, Let’s Do Christmas with Gino & Mel, Blind Date, Let’s Do Lunch with Gino & Mel, I’m a Celebrity… Get Me Out of Here!, The Great Pottery Throw Down, Shop Well For The Planet?, Shop Well For Less, and Humble Pie.

Her dad is Anglo-Burmese, while her mother is Anglo-Indian.

Samantha is one year older, while Stacy is three years younger than Melanie.

Sykes has been associated with –

Her ancestry is Anglo-Burmese on the father’s side and Anglo-Indian on the mother’s side.

Asian looks due to mixed ethnicity 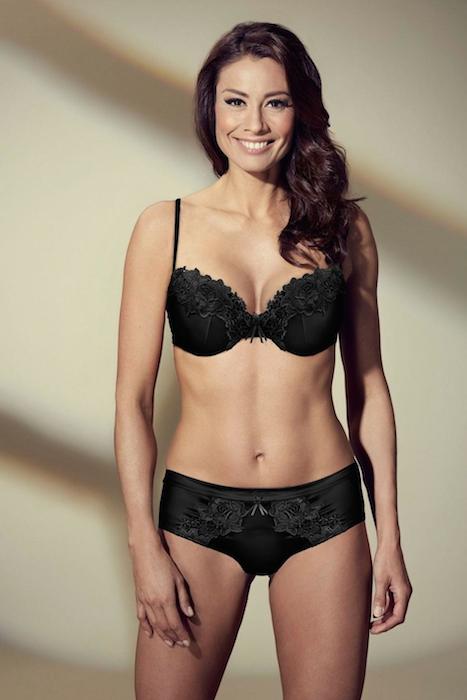 In 2013, she was announced as the brand ambassador for Bio-Synergy Active Woman Range.

She is also known for co-hosting ITV’s Let’s Do Lunch with Gino & Mel with Gino D’Acampo since 2011.

In 2000, Melanie appeared in a 6 minutes short film Justified Technophobe for her role as Eve.

From 1997 to 2001, Melanie was the co-presenter of the comedy game show The Big Breakfast.

Melanie does exercise three to five times a week in the gym. Sykes does core stability exercises, weight training, and boxing. She also says that her sex life has also improved by 100 percent by remaining fit.

Regarding diet, Melanie eats a high-protein and low-carb diet. Her typical breakfast includes scrambled eggs with mushrooms, or sometimes porridge.

In her early 20s, she also tried different diet plans such as Fit For Life, and Hay Diet.

Melanie also takes supplements like fish oil capsules (to sharpen her brain), vitamin B12, and probiotics for energy and good health.