Michelle Trachtenberg is an American actress and model who is best known for portraying roles such as Dawn Summers in Buffy the Vampire Slayer, Harriet M. Welsch in Harriet the Spy, Georgina Sparks in Gossip Girl, Nona Mecklenberg in The Adventures of Pete & Pete. She has also appeared in a variety of other TV shows and films such as Can’t Be Heaven, Mysterious Skin, Ice Princess, Against the Current, 17 Again, Take Me Home Tonight, The Scribbler, Law & Order, Meego, Blue’s Clues, Figure It Out, Six Feet Under, Law & Order: Criminal Intent, The Circuit, Mercy, Criminal Minds, NCIS: Los Angeles, and many more. Michelle has been featured in the music videos of songs like Trapt’s Echo and Fall Out Boy’s This Ain’t a Scene, It’s an Arms Race. For her acting skills, she has been honored with several awards such as the Young Artist Award. 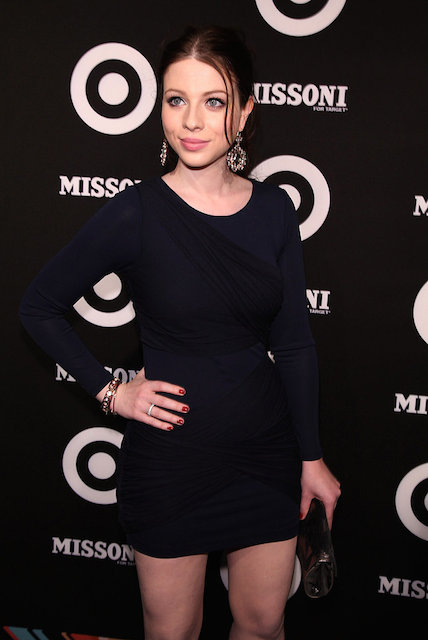 Michelle has German ancestry on her father’s side and Russian on her mother’s side.

She has naturally dark blonde hair.

She appeared in a Wisk detergent commercial at the age of three.

She has also appeared in Kohl’s commercial alongside Hilary Duff.

In 1995, she appeared in the film Melissa for her role as Lena. Her role is uncredited.

In 1991, Michelle played the role as Dinah Driscoll in the police procedural and legal drama television series Law & Order in an episode titled “God Bless the Child”. Again, her role is uncredited.

As per Hollywood Gossip, Michelle does not diet and workout. But, if she wants to eat healthily, she would have sushi, salad and tries to consume multi-vitamin foods.