New Hope Club is a British 3-piece pop band that was the brainchild of Blake Richardson and George Smith who were both later joined by Reece Bibby, previously a member of the defunct band named Stereo Kicks. Together, they have released several songs, albums, and EPs such as Welcome to the Club, Welcome to the Club Pt. 2, Tiger Feet, Whoever He Is, Make Up, Perfume, Water, Good Day, Fixed, Start Over Again, Crazy, Karma, Medicine, Love Again, and Permission. The band has also been majorly supported by another boy band, The Vamps, for which New Hope Club has opened for on a number of occasions. New Hope Club has also performed opening acts for fellow artists like Tini Stoessel and Sabrina Carpenter, among others, and has also gained a massive social media fan base with more than a million subscribers on YouTube, more than 800k followers on Instagram, more than 500k followers on Facebook, and more than 500k followers on Twitter.

The pop trio embarked on its first world tour, Love Again Tour on June 8, 2019, in Manila, Philippines at the New Frontier Theater. The tour was then continued and included Bangkok, Thailand and Seoul, South Korea as well while other places such as Leeds, Manchester, Birmingham, Sheffield, and London made the list too.

The popular 3-piece British pop band, New Hope Club, comprises of Blake Richardson,  George Smith, and Reece Bibby and has worked extensively in the music industry releasing a large number of tracks, extended plays, and albums which include the likes of songs Welcome to the Club, Welcome to the Club Pt. 2, Tiger Feet, Whoever He Is, Make Up, Perfume, Water, Good Day, Fixed, Start Over Again, Crazy, Karma, Medicine, Love Again, and Permission. 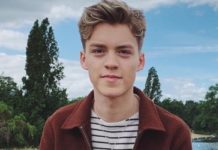 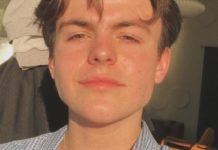 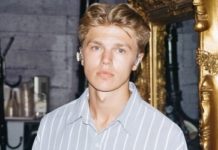