Piper Perabo is an American actress who is best known for portraying roles such as Violet “Jersey” Sanford in Coyote Ugly, Paula Clark in The Big Leap, Julia George in Notorious, Summer Higgins in Yellowstone, and CIA agent Annie Walker in Covert Affairs. She has also appeared in a variety of other TV shows and films such as Whiteboyz, Lost and Delirious, The Adventures of Rocky and Bullwinkle, Karas: The Prophecy, Cheaper by the Dozen, First Snow, The Prestige, Beverly Hills Chihuahua, Black Butterfly, Angel Has Fallen, Law & Order: Criminal Intent, Turn Up Charlie, Billions, Penny Dreadful: City of Angels, and many more. Her theatre credits include plays like Reasons to Be Pretty and Lost Girls. For her acting skills, Piper has been honored with numerous awards such as the MTV Movie Award and Gracie Award.

In 1994, she graduated from Toms River High School North in New Jersey. Four years later, in 1998, Perabo received her Bachelor’s degree in theater from Honors Tutorial College at Ohio University.

Her career is managed by Tina Thor.

Piper is of English, Irish, German, and Norwegian descent.

She is naturally a brunette but dyes her hair blonde. 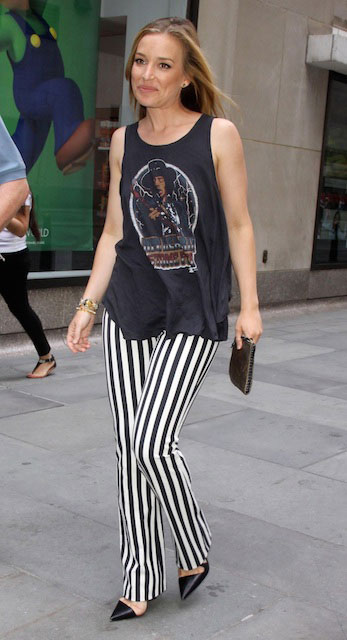 She has appeared in a Burger King commercial.

She is also known for appearing as CIA Agent Annie Walker in Covert Affairs (2010-).

In 1997, she appeared in the short film Single Spaced for her role as “The Dame”.

In 2007, Piper Perabo appeared in Fox’s medical drama series House for her role as Honey in an episode titled “Resignation”.

She has really toned and sexy body as a CIA agent on Covert Affairs. But, she did a series of exercises to achieve that. She does cardio swimming and intense power yoga in the morning session.

She does running in the evening. She also practiced hard and learned combat fighting and other martial arts.