Like most other children, she also hated school as a child. She was also expelled from 6 different schools.

Poppy finally dropped out at the age of 15 to focus on her acting career and travel Bali with her boyfriend.

All her sisters are named after flowers, and her brother after a rock band.

She had dyed her hair red for the TV show “Unforgettable.” 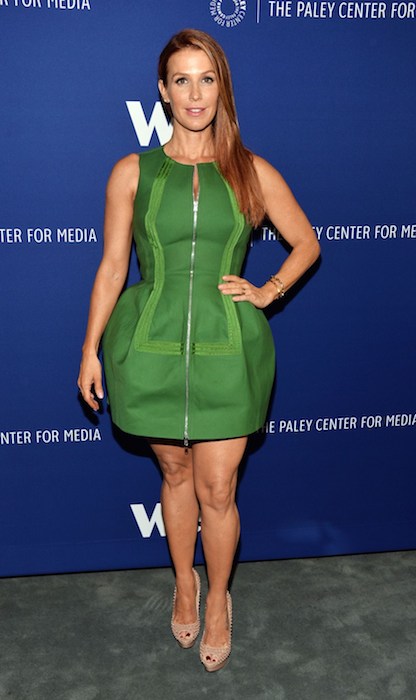 She had filmed a Carl’s Jr. commercial. But, it never aired.

Poppy appeared in the 1994 science fiction/comedy film Tammy and the T-Rex for her minor role as party girl #1.

In 1994, she guest appeared in CBS’s crime drama TV series Silk Stalkings for her role as Angel in the 2-part episode – “Natural Selection.”

Celebrity trainer Joe Dowdell is the man behind Poppy’s sexy and svelte body. He shared that Poppy relied on circuit training. Joe made Poppy to undergo different strength training exercises. He alternated between lower body and upper body exercises with a 60-second high-intensity cardio exercise.

After pregnancy, it becomes essential to focus on the core part. So, he also alternated between core stability (such as Plank Holds, Moving Plank Holds, etc.) and core mobility exercises (such as Medicine Ball Chest Passes, etc.).

Regarding diet, it was pretty simple. To remain hydrated, she drank ample amount of water and ate lean protein (like salmon), and lots of fibrous vegetables.