Sam Palladio is an English actor and musician who is best known for his character Gunnar Scott in the musical drama series, Nashville. He is also a talented musician who has sung numerous soundtracks and had also co-founded the band, Salt Water Thief. Sam has amassed a huge fan base with more than 400k followers on Instagram and over 250k followers on Twitter.

Sam divides his time between –

Sam Palladio graduated from Rose Bruford College of Theatre & Performance in Sidcup, Kent in 2008, where he studied Actor Musicianship.

Palladio is represented by Authentic Talent and Literary Management.

He has released his single, Bring the Snow, via SP Music /Non Delux.

Sam Palladio has appeared in a TV commercial for Renault 4+.

In November 2018, Sam released his Christmas single, Bring the Snow, which was released in the Netflix film, The Princess Switch, in 2018.

He has also contributed his vocals to the release of numerous soundtracks for the musical show Nashville (2012-2018). Some of the songs that were released include Fade Into You, If I Didn’t Know Better, and All Of Me.

Sam made his theatrical film debut as Calvin in the fantasy thriller film, 7 Lives, in 2011.

As a voice actor, he made his theatrical film debut by voicing the character of Roland in the animated musical fantasy romantic comedy film, Strange Magic, in 2015.

Palladio made his first TV show appearance as Joe Strummer in the comedy-drama series, Little Crackers, in 2010.

In order to work up a good sweat, he prefers to go to Barry’s Bootcamp a couple of times a week, where he performs intense army style exercises that help burn extra fat at a much faster pace.

As for his diet, Sam prefers to keep his meals light and tries to avoid eating junk food. When at home in Penzance, Cornwall, he normally eats home-cooked food. His meal plan at times goes like –

Dinner – For the last meal of the day, he prefers some fresh tortilla soup with chicken and avocados. 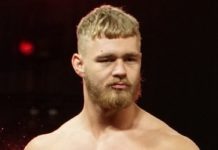