Shaquille O’Neal is an American former professional basketball player who is best known for being a sports analyst on the television program Inside the NBA. He is considered as one of the greatest basketball players and centers of all time and has played for teams like Los Angeles Lakers, Miami Heat, Orlando Magic, Cleveland Cavaliers, Phoenix Suns, and Boston Celtics. He has also released numerous books such as A Good Reason to Look Up, Shaq Uncut: My Story, Little Shaq: Star of the Week, and Shaq’s Family Style. During the course of his career, Shaquille has received several honors such as the Associated Press‘ “Player of the Year”, USA Basketball‘s “Male Athlete of the Year”, “NBA Champion”, “NBA MVP”, UPI‘s “Player of the Year”, BET‘s “Sportsman of the Year”, and many more. 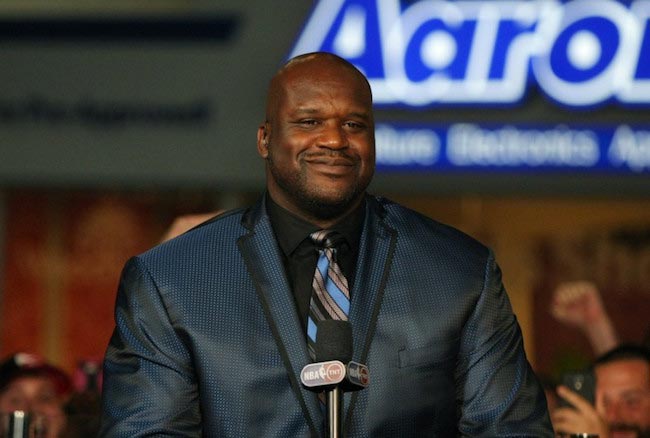 Further, he went to Louisiana State University to study business but left it after 3 years. He completed it in 2000 and received his bachelor of arts degree in general studies.

In 2005, O’Neal got an MBA degree online from the University of Phoenix.

Shaquille also did an Ed.D. (Doctor of Education) in Human Resource Development at Barry University.

He has a total of 3 sisters including the two written above.

Serving in the NBA for 19 years as a basketball player.

Shaq first started playing basketball in 1992 for Orlando Magic at the “Center” position.

In 1994, he first appeared in the sports film Blue Chips for his role as Neon.

As an actor, Shaq debuted on television in 2001 in the comedy series For Your Love as Shaquille O’Neal in just 1 episode entitled “The Model Client.”

He likes to start his day with Orange juice and then eat the egg-white omelet for the breakfast. He says he has never drunk a coffee in his life.

He is a sandwich guy. If he does not adhere to a diet plan and eats a bad diet, that means, he has been eating a lot of sandwiches.

Shaq also drinks a lot of water. He doesn’t do much cooking except the turkey sandwiches. He grew up eating a lot of chicken, especially fried chicken which her mom used to make at home.

In December 2022, Shaq revealed that he had lost almost 40 pounds weight. He had lost weight by adding more vegetables and supplements to his diet and by eliminating soda from his diet.