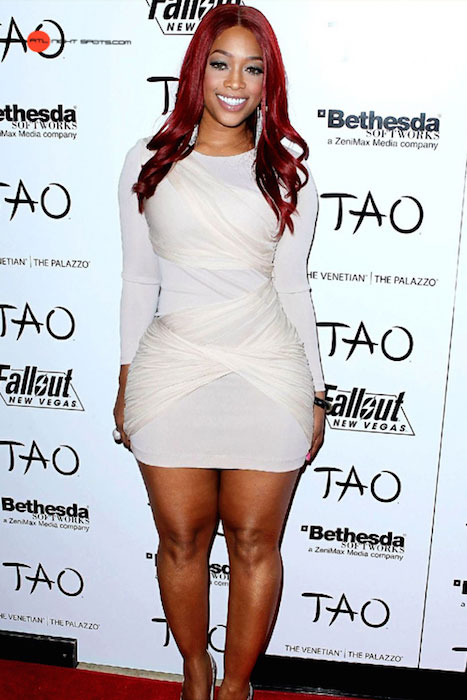 She is signed with Trina RockStarr Bookings.

Trina has Dominican and Bahamian ancestry.

She has appeared in Tax USA commercial, her own Diamond Princess Fragrance commercial.

She is one of the faces of Body of Royalty, which is a cosmetics company, known for lipstick, concealer, 100% mink eyelashes, lip gloss, etc.

Her relationships, appearance, and of course her songs such as “Da Baddest Bitch,” “Here We Go,” “Million Dollar Girl,” etc.

It consists of 18 songs and received positive reviews.

As an actress, she appeared in the 2003 comedy film A Miami Tail for her starring role as Alica Strada.

In 2005, Trina appeared in just one episode of comedy series With Friends Like These for her role as Cleo.

Trina drinks a lot of water. She recommends to always stay hydrated.

Regarding workout, she is a not a fitness freak. But, she does hits the gym three to four times a week. Her main exercise is cardio, which she does for 30 minutes in a session. She is not a fan of weight training, so, doesn’t do it much.

She prefers to do run or sprint outside the gym. Body toning and maintaining the curves are important for her.