Parker attended INSEP (National Institute of Sports and Physical Education), a training institute based in Paris, France where he played amateur basketball for 2 years before he turned professional.

Tony was offered numerous college scholarships from colleges such as UCLA and Georgia Tech, still he decided to stay and play in France.

Tony is signed with CAA Sports and GM Sports Consulting.

Parker’s mother is Dutch and his father is an Afro-American.

Tony Parker’s body measurements such as chest, arms and waist size may be –

Tony appears to be Catholic.

Tony Parker is remembered as one of the best French basketball players who have ever lived.

Parker became even a bigger star when he won the MVP award in the 2007 NBA Finals. He is also a gold medalist, which he won with the National Team of France during Ljubljana’s FIBA EuroBasket 2013.

Tony’s first NBA appearance was back in 2001-2002 NBA season when he first played against the team of Memphis Grizzlies and their star player Pau Gasol. Parker spent 37 minutes on the court scoring 7 points and dishing 4 assists in his team’s victory of 83-79.

As an actor, Tony had his acting debut in the movie Asterix and the Olympic Games in 2008, when he appeared as Tonus Parker.

Parker has showed up in the TV mini-series named The 2003 NBA Finals as himself.

Since he first started playing basketball, Tony was aware of his god given athletic abilities such as speed, agility and quickness and maybe, these are the reasons why he is never pointed as a hard worker.

Tony is definitely not a vigorous worker like Kobe Bryant and Lebron James are, but he definitely spends time working and keeping himself in best physical shape. As years go by, San Antonio’s guard is more than aware that he is getting older for the game of basketball and in order to stay healthy and play on such level like the NBA demands, he needs to train harder than the bygone years.

He recently changed his off-season workout and started a new way of training with San Antonio’s coaches. Tony lifts weights, runs on the track and boxes sometimes. More about Tony’s new regime can be found at fantasynews.cbssports.com. 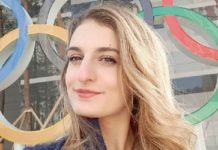 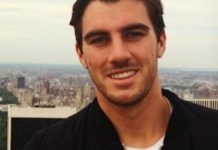