Adam Sandler is an American actor, comedian, producer, voiceover artist, and writer who is known for having been cast in a variety of roles in shows and movies like Punch-Drunk Love, Blended, Happy Gilmore, Reign Over Me, Grown Ups, Grown Ups 2, The Wedding Singer, Murder Mystery, Big Daddy, Hubie Halloween, 50 First Dates, The Waterboy, Just Go with It, The Longest Yard, Real Rob, Mr. Deeds, Billy Madison, The Cosby Show, Funny People, Spanglish, Home Movie: The Princess Bride, The King of Queens, Deuce Bigalow: Male Gigolo, I Now Pronounce You Chuck & Larry, and Men, Women & Children. In addition to his acting credits, he has also revealed multiple albums including What the Hell Happened to Me?, What’s Your Name?, They’re All Gonna Laugh at You!, and Stan and Judy’s Kid. 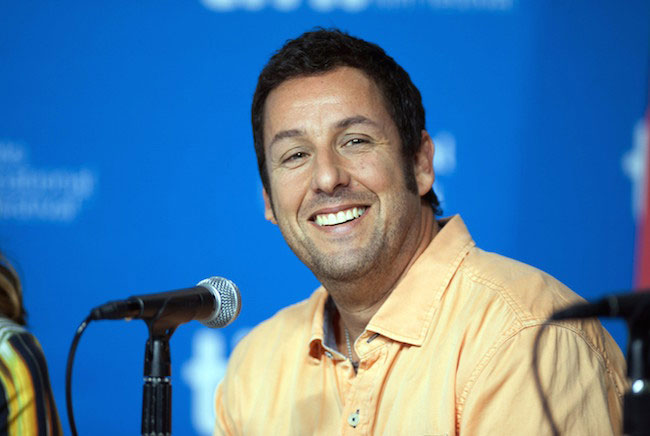 In 1988, he graduated from New York University‘s Tisch School of the Arts.

Sander has been signed with –

He has released his studio albums via Warner Bros.

He has Russian Jewish ancestry due to his parents.

Often plays role in the movies, which has a bad temper.

Adam Sandler has appeared in an NBA commercial.

Adam released his debut studio album They’re All Gonna Laugh at You! in 1993 via Warner Bros. This comedy album consists of 22 tracks and was certified as 2x Platinum.

Adam starred in his debut film, a comedy film, Going Overboard released in 1989 for his role as Schecky Moskowitz. He also co-wrote the script of the film.

From 1987 to 1988, Sandler appeared in the sitcom The Cosby Show for his role as Smitty in 4 episodes.

For his 2008 movie titled You Don’t Mess with the Zohan, he took the help of celebrity trainer, Duffy Gaver to get ripped. Duffy is the one who has trained Brad Pitt in Troy, Tobey Maguire in Spider-Man, and others.

They together had to do a lot of exercises and Duffy had to work on Adam’s body quite a lot as he was not in his best shape. Sometimes, Adam was picking heavy weight with low reps, and the other day, they were picking light weights and a high number of reps.

Check out Duffy’s interview with BodyBuilding.com.